Louis Copeland will open a Cork store in September, the unit will span two floors, in a building between Academy Street and French Church Street in the heart of the city centre. 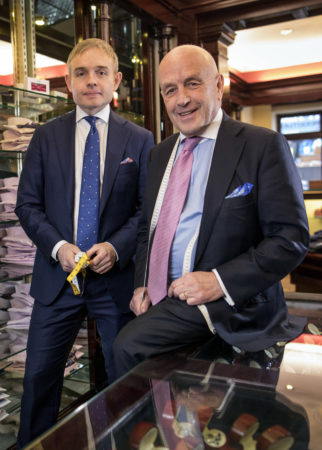 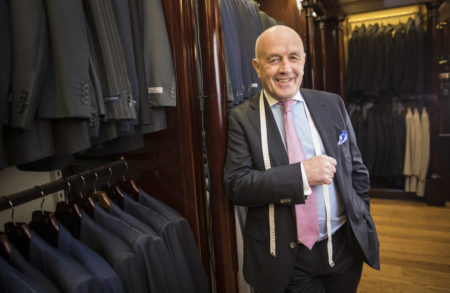 Considering its early Cork connections, it is no surprise that the latest expansion plans for the company included a Cork store. Now a fourth generation family business, Louis Copeland & Sons has a rich history, dating back almost 120 years. The story began with Hyman Coplan, a tailor from Lithuania, who travelled across Europe to settle in Ireland in the early 1900’s. He met and married Harriot McCarthy and changed his name to Copeland. The couple had two children Louis and Rachel and opened up the company’s first tailoring shop on Capel Street in Dublin. Louis followed in his father’s footsteps and became a tailor who lived and worked in Cork in the early 1930’s. Louis worked alongside Ben Dunne Senior in Roches Stores, who in the 1940’s went on to establish Dunnes Stores Patrick Street in Cork. Louis later moved back to Dublin to work in and eventually take over the family business. He renamed the Capel Street shop to Louis Copeland & Sons and the brand has since grown substantially since. The family tradition of expertise in both fine tailoring and casualwear has been passed through the generations to today and the company is now run by Louis’s own son and grandson.

The addition of Louis Copeland & Sons in Cork demonstrates the strong confidence this leading retailer has in opportunities in Cork city. Speaking about the opening, Louis Copeland Senior stated “We are delighted to be opening our seventh store in Cork as this is where my father learned his trade, so for us as a family and as a business, it feels like we are coming full circle. My father had great memories of working and living in Cork and we are delighted to take up residence in the heart of the city.” He continued, “Cork city centre has a unique vibrance and culture – from fashion to food and arts – which is something that you simply can not experience at a retail park or shopping centre. We are looking forward to becoming a part of this culture, getting to know our neighbours and welcoming customers old and new over the coming months!”

The Louis Copeland & Sons brand has become renowned for its fine tailoring, synonymous with both ‘Ready to Wear’ and ‘Made to Measure’ suits and is a firm favourite among many high profile Irish personalities including celebrities Pierce Brosnan and Richard Harris, sports stars Paul O’Connell and Rob Kearney and presidents both past and present.

The brand also offers a full selection of casual wear including designer brands such as Hugo Boss, Belstaff, Paul and Shark and Barbour – dressing clients for any occasion from weddings to business meetings and weekend events, from both their online and retail stores.