Lios-na-gCon or Lisnagun is Irish for ‘Ringfort of the Hound’. It’s located in the townland of Darrara, Clonakilty, West Cork, Ireland, and is the only ringfort in Ireland to be re-constructed on its original site. It was previously open as a tourist attraction in the 1990’s and early 2000’s but has been closed to the public since, due to what has been reported elsewhere as insurance and land ownership issues. A Facebook page indicates it did reopen for a time in 2013 and 2015. Regardless of current matterrs, its history stretches back so far that the current public closure is just a single chapter in a long and fascinating history. TheCork.ie can now look back at its impressive excavation, and restoration in recent years.

Overview of the restoration project

The Excavation of Lios-na-gCon – sometimes anglicised to Lis-na-gun/Lisnagun – the Ringfort of the Hound, extended over 13 months between August 1987 and August 1989. The excavation was organised by Clonakilty Macra na Feirme as the first phase in the investigation and reconstruction of the site. The aims of the project were to exhibit the reconstructed ringfort for amenity and educational purposes, and to promote the preservation of other archaeological earthworks amongst young farmers. Lios-na-gCon is located on a plot of land which is adjacent to the active fields of Teagasc Clonakilty Agricultural College, Darrara. 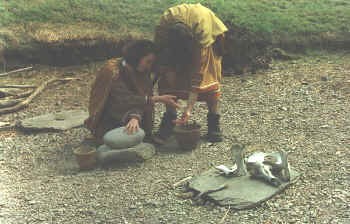 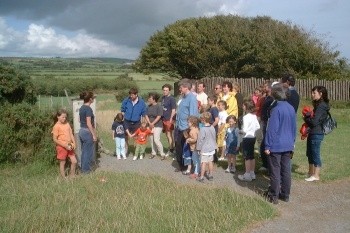 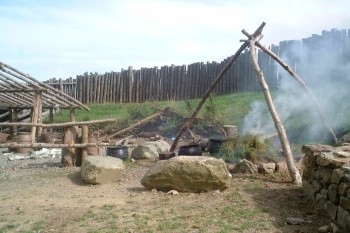 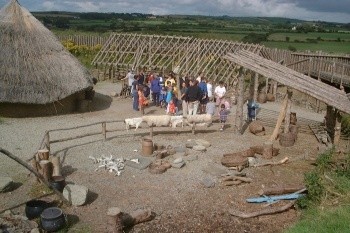 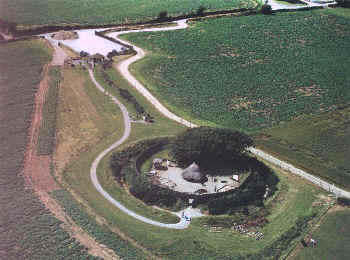 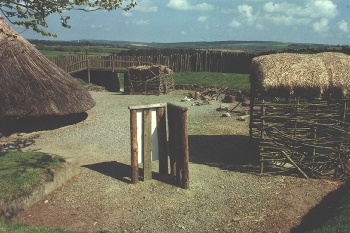 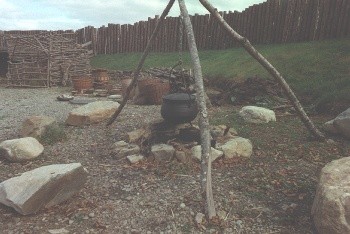 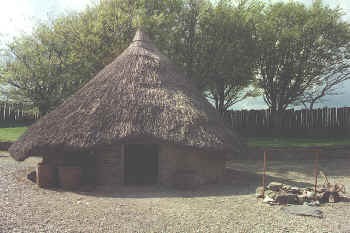 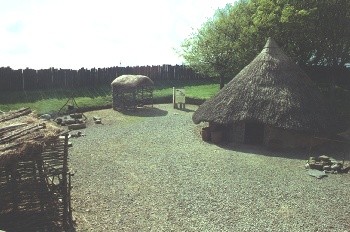 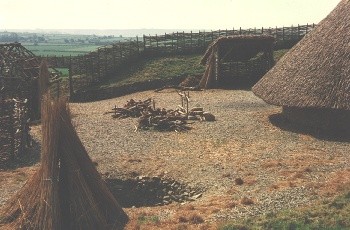 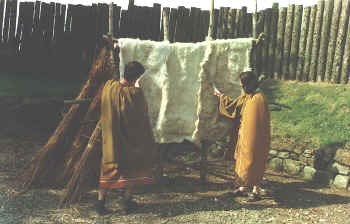 The Ringfort is situated on a gentle slope of south-eastern aspect in a landscape of undulated pastoral farmland. On a clear day, the mouth of Clonakilty Bay can be seen from the site. It is one of three circular earthworks in the townland of Darrara, and one of 48 circular earthworks or possible ringforts sites recorded by the Cork Archaeological Survey in the Clonakilty area.

Prior to excavation, the site was moderately well preserved. The bank was upstanding on all sides and the ditch, though partly in-filled, survived to 1.5m in-depth on the east or downslope side.

Local knowledge reported at least one souterrain in the interior, although the location of this was not precisely known.

The excavation was preceded by a series of scientific surveys, conducted by Martin Doody for the Department of Archaeology, University College Cork.

Archaeological investigation of Lios-na-gCon found that the earthworks once formed a substantial defensive enclosure. The original entrance was identified as an earthen causeway in the SE, which gave access to a gravel paved interior, dominated by a central wooden roundhouse. Several small outhouses and animal pens stood against the stone revetment wall of the bank’s inner face. Underground, the site was honeycombed by three earth-cut souterrains- tunnels for storage and defence.

Evidence of economic activity took the form of charred remains of the bones of cattle, sheep, pig, and red deer, as well as of wheat, rye, barley, flax, radish and hazelnut.

This information about the farm settlement at Lios-na-gCon was recovered by a systematic and detailed excavation of the site by a group of local young people, supervised by trained archaeological supervisors, and by subsequent laboratory analysis of samples from the site.

Ringforts were built and occupied between c.400 AD and c.1200 AD, in the Early Christian and Viking periods. Like stone cashels and some lake land crannogs, they were the defended farmsteads of the native Irish Celts. These settlements were centres of mixed farming economy and were largely self-sufficient in the production of tools, textiles, and household goods. About 35,000 ringfort sites are identifiable in the Irish landscape today – they are clearly marked on Ordnance Survey 6″ maps. Only a small sample havebeen archaeologically investigated.

A stand of mature Beech trees at the back of the interior was left unexcavated because the roots would make an excavation non-viable. This area shows the original level of the interior before the excavation. There were up to 22 people working on the dig. Excavation is a very slow and tedious process. The area had to be divided into sections with string. Each area was concentrated on with extreme care, using small tools such as trowels, scrappers etc, to scrape away the soil carefully, layer by layer.

Record sheets were made of each layer, and scale drawings and photographs of each find and deposits. Finds were numbered and put in plastic labelled bags and taken to University College Cork for examination.

But most importantly, the Archaeologists found remains of the post which originally supported the wall of the round hut, and animals pens. These remains were recognised by small dark circle of soil, being remains of the wooden posts. Now all buildings are reconstructed on their original site, where they would have been 1,000 years ago. Several pounds of iron-slag were recovered, but no smelting area was found.

Lios-na-gCon Ringfort is a 10th Century restored defended farmstead, based on the excavation results from 1987 to 1989. Lios-na-gCon would be the home of a well-to-do farmer and his family. The site would have been a strong economic unit, depending largely on cattle husbandry, dairying, cereals and other animals like pigs, sheep, and goats. Lios-na-gCon is a very unique site, as it is the only Ringfort reconstructed on its original site in Ireland.

The Ringfort was the main type of settlement, from early Celtic times (800 BC) up until the 1200’s, and in some areas Ringforts remained occupied during the 17th Century. The Ringfort is the most common archaeological monument on the Irish landscape, over 40,000 are shown on Ordnance Survey Maps.

Ringforts can be suggested in a placename, such as Lios, Rath, Dun referring to any fort, or Caiseal, or Cathair referring to a stone fort in particular. Many Irish placenames begin with these words.

Ringforts would have been occupied in a rural and wooded landscaped, when towns were not developed yet, which were first formed by Viking Settlers. A Ringfort can be described as a space usually circular surrounded by a bank and ditch.

The reason why so many have survived is due to the superstition of farmers – they were known and still are known by some as “Fairy Forts”, and if you dared to demolish or trespass in the Fort you were doomed with bad luck for eternity. This superstition was a good thing in many ways, because it has preserved these valuable archaeological monuments.

The banks were built for defensive purposes, to keep out wild animals and attackers. The farm animals may have been kept in the ditch during the day, hidden from cattle raiders.

The banks have been restored to their original height. The inside bank was made stronger and higher by a wattle fence or wooden posts, as it is restored today. Some Ringforts put a band of Blackthorn twigs on top, this served the same purpose as modern-day barbed wire.

In Celtic Early Christian times (400 AD to 1000 AD), Ireland was not ruled by a single government. Instead the country was divided into around 150 small independent kingdoms called Tuatha.

Lios-na-gCon, would have been part of a tuath, where everyone was connected to an extended family of the male side. Each tuath would comprise of several ringforts, governed by a Petty King. From the entrance of the site, you can see two ringforts and more on the other side of the fort. These Ringforts were probably members of the same family. The occupants could signal to their neighbour, if they were in distress, for example being the victim of a cattle raid.

Perhaps Lios an gCon will re-open again? because tourism helps with rural regeneration.