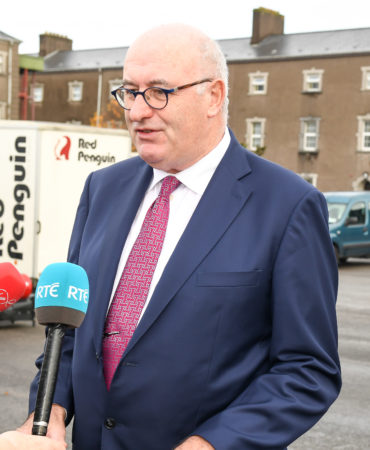 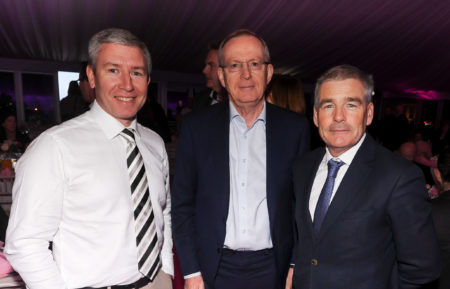 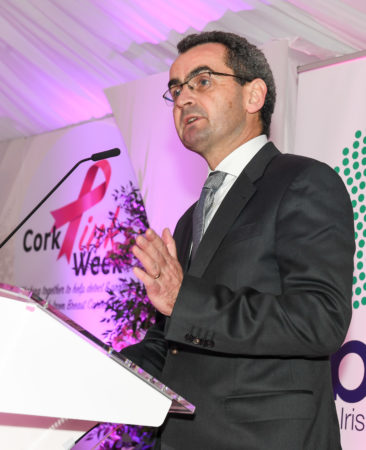 The EU’s trade commissioner-elect Phil Hogan has told hundreds of guests at a business breakfast in Cork that the incoming European Commission is to launch a major new initiative, the “Beating Cancer Plan” for Europe.

The event at Collins Barracks in Cork was organised by Cork Pink Week and supported by Ibec. The funds raised will be used to invest in a new state-of-the-art ultrasound machine for the Breast Cancer Unit at Cork University Hospital.

Commissioner Hogan told the audience, “Everybody has been affected in some way by cancer. That is why the incoming EU Commission under President-elect Ursula von der Leyen has made the fight against cancer a top priority. The President-elect, who is herself a former physician, has requested that incoming EU Health Commissioner Stella Kyriakides put forward a strategy for developing a “Beating Cancer Plan” for Europe.

“This is a new initiative designed to support EU Member States in improving cancer prevention and care. The Beating Cancer Plan will propose EU action to tackle every key stage of the disease: prevention, diagnosis, treatment, life as a cancer survivor and palliative care.”

The Breast Care Unit at CUH, which benefits from the funds raised by Cork Pink Week, sees more than 30,000 patients every year.

Pink Week joint organisers Sylvia McHenry and Miriam Healy, both in remission after treatment, said they were thrilled with the support of the business community in Cork, as well as Ibec and media partner, The Irish Examiner.

Ms Healy said: “We are extremely grateful that Commissioner Hogan gave his valuable time to visit Cork for this event, and are delighted to hear that the new Commission is giving the fight against cancer such prominence. We would also like to thank all those who donated so generously to the event, and the Defence Forces for ensuring they all started their Friday well fed!”

Ibec director of public and policy affairs, Fergal O’Brien, said: “Ireland is a leading international location for companies who are innovating and developing world class products and solutions in the fight against cancer. Ibec is delighted to support this most important of initiatives organised by Cork Pink Week to improve early detection and monitoring equipment at Cork University Hospital.”

Dr Josephine Barry, consultant radiologist at CUH, said: “Patients with breast cancer and breast problems will benefit enormously from the availability of this leading technology. The ultrasound equipment will help the CUH Cancer Centre of Excellence to improve diagnosis and monitoring of patients with breast disease. The equipment will specifically be used to support investigation and research into ground-breaking newer techniques and treatments.”