By TheCork.ie on 26th April, 2020Comments Off on C103 Radio station premises listed for rent by Mallow Estate Agent

Mallow Estate Agents Liam Mullins & Associates are seeking €45,000 yearly, which equates to €88.16 per sq. m per year, for the premises which are currently the studios and offices of Cork Radio station C103, which is part of the Rupert Murdoch-owned Wireless Group.

Unusually the listing makes no mention of the name of the current occupier, but it is clear from the photos. The listing indicates that a new tenant can move in “Immediately”. It is not known why the listing exists. However, it is true to say that in recent years other Radio stations have decided to share premises/resources/staff with other brands in their group (e.g. Newstalk and TodayFM sharing the same building, and some staff, in Dublin City). The Mallow based C103 is sister station of 96FM, which is headquartered in Cork City, some 35 minutes drive away. Radio stations across Ireland are currently experiencing a slump in advertising revenue, due to businesses being closed during the COVID19 lockdown, and many are looking at cost savings.

C103 is a popular station with its own modern celebrities and is still affectionately known by many as ‘County Sound’, which was a previous brand-name, but it’s branding which stuck in the minds of the public because the station very much focuses on the County of Cork – not the City. This is demonstrated by C103 having a Farming Programme ‘Farmtalk’ and Death Notices. Listening to death Notices on local radio is a uniquely Irish pastime, but it’s something which brings in consistent revenue for stations.

The C103 premises are described by the Estate Agents as being a “fully fitted modern office space available to let at a superb location just off the N20 & N72 allowing convenient access to Cork, Limerick, Dublin, and Kerry.” The listing goes on to say that “The building comprises of c. 5494 sq ft spanning over three floors.” 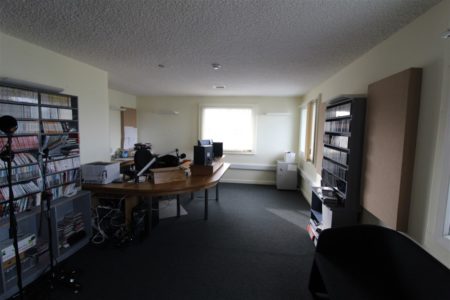 C103 currently operates from Majestic Business Park, Gouldshill, Mallow, Co Cork, as is mentioned above, but C103 also has a smaller premises at Weir Street, Bandon, West Cork. It’s understood that contains a small studio, but mainly operates as a base for sales staff covering the Western Half of Cork, which is Ireland’s largest County by area.