There is a historic house in Douglas, and if you live in Cork then – unbeknownst to you – you will have travelled past it many times. It is called ‘Douglas Hall’ and borders the Well Road. It’s a U shaped property

Indeed the Western Wall of the House borders Well Road directly, such that there can be footpath on that side of the road!

There used to be around 20 or so stately houses within 2 miles of Douglas. Douglas Hall is the property we are discussing here, but as an aside it’s interesting to include the following map from the VernonMountPark.ie website

Many of these big houses have been lost to development, but one of them can be yours for €825,000. It’s called Douglas Hall (not to be confused with Douglas Hall Athletic Football Club)

Douglas Hall, is described by its Estate Agent’s as “a hidden period property set on an exceptional site accessed via electronic gates off the Douglas Road.” 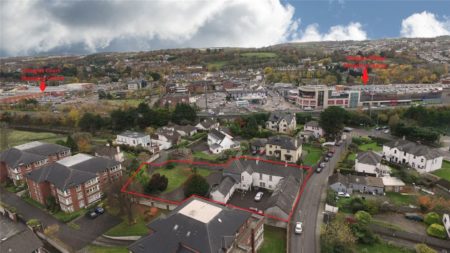 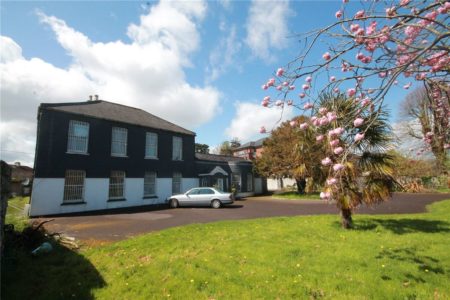 The exterior features hung slate, similar to what is seen on period homes in Kinsale, Co Cork. The bars on the windows are unusual. 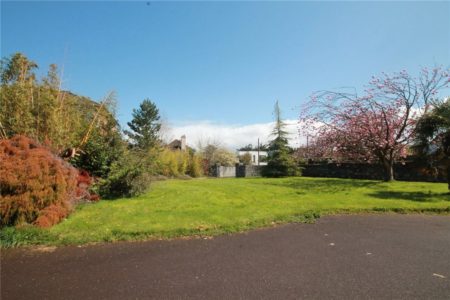 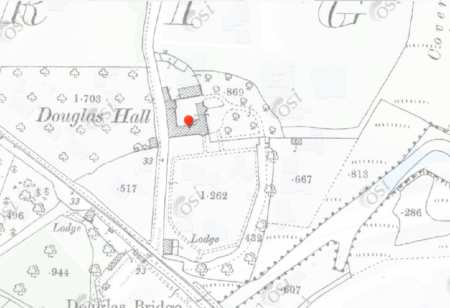 Historic OSI Map from the 1888-1913 25 inch series (exact date not known) shows that Douglas Hall used to enjoy a large expense of land stretching to the Douglas road, to the South. There are now three houses built on its former grounds 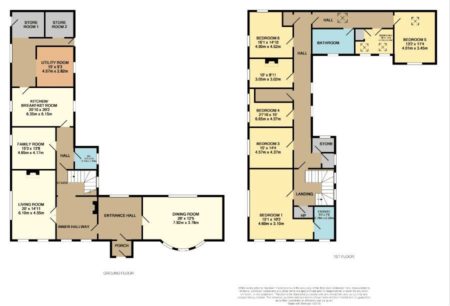 Douglas Hall comes to the open market offering itself as either a highly convenient period home or a property with development potential.

The property is accessed via a quiet cul de sac off the Douglas road. A long tarmadam driveway leads you to the front door where you will find an abundance of parking, to the rear level enclosed courtyard will provide further parking space if required.

Stepping inside reveals a number of original features such as a stained glass window, plasterwork and fireplaces. Downstairs you will find three reception rooms, a large kitchen/breakfast room, guest toilets and series of store rooms, while upstairs you will find 7 bedrooms, 2 off which are en suite, main bathroom. The attic level can be accessed from here via staircase. This area provides an exceptional amount of storage space. The property site on the west elevation of the site allowing for a tremendous amount of natural light into the living and bedroom accommodation, the majority if which is south facing.

Outside, to the front lie two south facing level lawn spaces with mature planting providing adequate screening. While to the rear of the courtyard space provides access to a garage and overhead storage lofts.

Whist the location of Douglas Hall is convenient, it is surprisingly quiet, the property site at the west elevation of the site allowing the property itself to survey its grounds and entrance without any interruption.

The property last changed hands in the 1970’s and underwent renovation works such as, rewiring and re-plumbing at the time. Today, the property is in fair decorative order and in need of investment.

Douglas Hall with its tiled outer walls, is mostly noticed from the rear as one moves along the Well Road, after leaving the Douglas Road. It was the home of Dr. Francis Moylan, 1735-1815, born in Douglas the son a ‘Merchant Prince’. Because of Penal Laws restrictions on education for Catholics, Francis was sent to France and graduated from the University of Toulouse with a doctorate in theology. He was ordained in 1761, and firstly administered as a priest in Paris before returning to serve in Cork, from where he was appointed Bishop of Kerry in 1775. In 1787 he became Bishop of Cork, and ruled that diocese until his death.

As Bishop of Cork, his flock had divided opinions on his legacy. He was an outspoken Unionist, and denounced the French force’s arrival in Bantry, and on Christmas Day 1796 issued a pastoral letter urging loyalty and obedience to the English Crown. He subsequently received the Freedom of the City for his support. At Douglas Hall he entertained his friend from student days in France, Abbe Edgworth, confessor to King Louis XV1, who was at the monarch’s side at the guillotine.

On the plus side, he was responsible for encouraging Edmund Rice and Nano Nagle to provide education for the Catholic poor, the latter founding the North Presentation Convent in Philpott Lane, and Rice founding the North Monastery. Moylan is best remembered for the construction of the Cathedral of St. Mary and St. Anne, which was completed in 1808, and also founding nearby St. Mary’s College, which was the forerunner of Farranferris Seminary. He was also a prime mover in the establishment of Maynooth College, and was one of its founding trustees.

In the early 1900s the property was purchased by the Duggan family, who farmed the land, before selling parts to provide for the building of Douglas Hall Lawn housing estate, and Douglas tennis club. It was purchased in the 1970s by its current owner Mr. Sean Cooper.