If I asked you to name a building in Cork which looks like something from Soviet-era Russia you would probably think of the Science Building – more recently known as the ‘Kane’ Building in University College Cork. It was built from 1968 to 1971. By way of comparison; the nearby Cork County Hall skyscraper was completed just 3 years prior (its construction being from 1965-1968). County Hall is not generally considered ugly today, either thanks to its 2006 refurb orits previously longheld status as Ireland’s tallest building.

It has been said that the UCC Science Building resembles an apartment block from Eastern Europe, others have compared it to a Statsi interrogation centre.

As if the visuals weren’t bad enough it’s also understood that the building contained (or possibly still contains) 2.5 tonnes of uranium in a basement store. These were the remnants of material given to Ireland by the USA under the Atoms for Peace Programme in 1974. In the 1980s, it was decommissioned and taken apart, but Ireland lacks a central repository for unwanted radioactive material so there was nowhere else for it go go.

On an overcast day the UCC Science Building is ugly!

Did you know it rains 146 days a year in Cork? rain makes the colour of building darker. 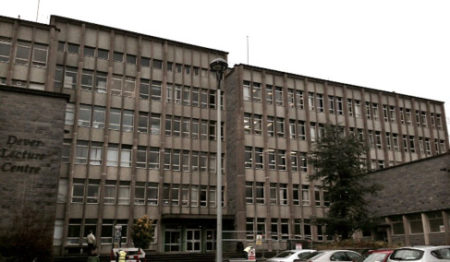 “This large structure filled with offices, labs and lecture theatres resembles a factory building of early 20th-century architecture. It also resembles a Fordist era of the factory building taking into account its height, length and narrow windows.”
(source: https://thegeographers.wordpress.com/)

Even on a sunny day (rare in Cork) the UCC Science Building is ugly! 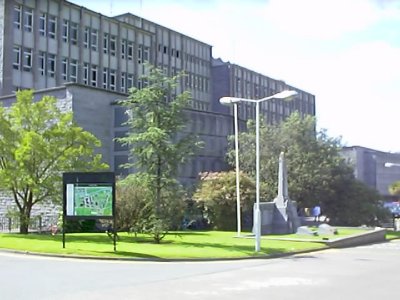 The building is ugly! Even when pictured with some grass in the foreground its horizontal lines and concrete offend the eyes

The ‘G’ lecture theatres added to the front left and right could have improved the building, but they are also a celebration of the colour grey 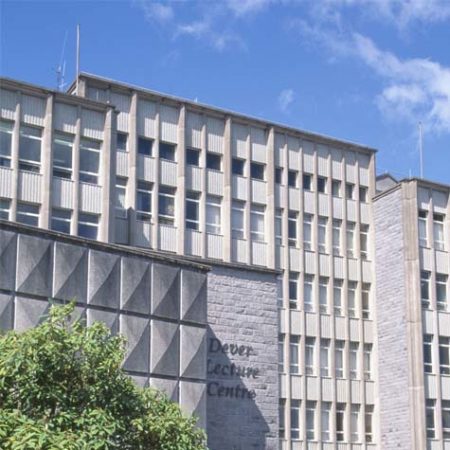 Even on a sunny day, the building is ugly, it looks like a prison, which is apt because it was built on the site of the former Cork Gaol

Its scale and design were, and continue to be, the subject of much controversy. A 2003 Conservation Report written for UCC describes it in the kindest terms as “one of the many large modern buildings placed into the grounds… with very limited with regard to the earlier landscape layout or historic fabric”.


Above: Oblique aerial image of the building
Above: the rear of the building has a walkway over a public road called ‘Gaol Walk’. It links the concrete Science Building with the brown brick Food Building.

The interior of the building is not much better

Beauty is in the eye of the beholder, and architectural styles change over time

In defence of the UCC building, it was a product of the late 1960s, early 1970s, when Ireland was a different place, plus concrete was in vogue globally at the time.

1,557 Cork volunteers respond to Govt call for during COVID crisis
Previous Post
Cork Airport is losing money, because COVID19 has seen air travel collapse by 99%
Next Post
Tweets by @TheCork_ie