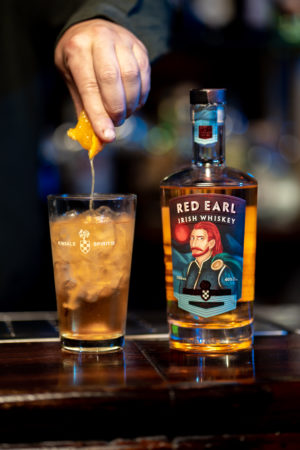 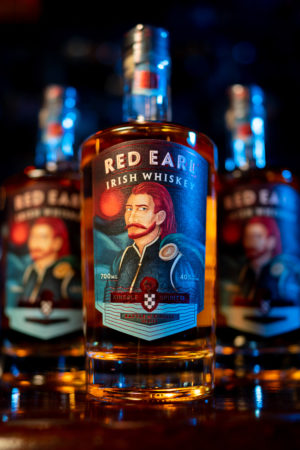 Red Earl premium Irish Whiskey has been launched by Cork’s Kinsale Spirit Company – co-founded by Ernest Cantillon, Colin Ross, and Tom O’Riordan – all current or ex-publicans who have spent their lifetimes serving drink and building extensive experience in the hospitality and beverage sectors.

Other drinks in their portfolio include the popular small-batch, premium Kinsale Gin. Red Earl is the first of the company’s ‘Battle of Kinsale’ series of whiskeys. The company is currently building a new distillery in Kinsale, Co. Cork, due to open in 2021, so we can expect much more to come from this Cork company.

Following the fight for freedom from the Crown at The Battle of Kinsale, 1601, seeking aid from allies in Spain, Red Hugh O’Donnell, Earl of Tyrconnell, was murdered by an Anglo-Irish double agent and buried near Rioja. Red Earl Irish Whiskey, a tribute to his story, is first aged in bourbon, then sherry, and finally matured in Rioja casks. Triple-casking delivers roundness of flavour, lengthy finish, and an exceptional aroma.

This impeccable premium Irish whiskey has a medium-bodied mouthfeel that ends in a long, warm, and moreish finish. It’s distinctive in that it is one of the first Irish whiskeys to use Rioja casks in the maturing process, which gives the liquid a wonderful colour, reminiscent of a fine Rose wine, and its unique taste profile.

Vivacious and passionate, Red Earl is to be enjoyed and savoured with good Irish “craic”, on its own, or with ice, or perhaps as part of a spritzer.

Speaking about his new venture, publican and entrepreneur Ernest Cantillon said “We were nervous about launching a new product during such an uncertain period, but to be honest it has hit the ground running. Local support has been phenomenal, and we have our first export order, several thousand bottles, heading to China next week.”

Red Earl Whiskey is available to purchase at Bradley’s, North Main Street, Cork City Centre, 1601 in Kinsale, Co Cork, irishmalts.com, erinhampers.com, and via their own website www.kinsalespirit.com, with new outlets being added as agreements are put in place. 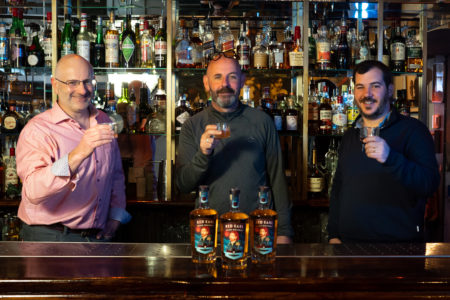