150,000 American baking enthusiasts to read all about Ireland

A popular US baking magazine, called Bake from Scratch, has dedicated its entire July/August issue to Ireland’s culinary scene. The bumper ‘Authentic Ireland’ edition features delicious recipes and interviews with many local food producers, as well as some of Cork’s top ‘foodie’ experiences. Bake from Scratch has a print circulation of 150,000 and a digital monthly reach of around 30 million readers.

Earlier this year, Tourism Ireland in the United States partnered with premier kitchen and home furnishings retailer Williams Sonoma and Bake from Scratch magazine. As part of the collaboration, a team of editors from Bake from Scratch and Williams Sonoma – together with a videographer, photographer and five food and lifestyle bloggers – visited in January to capture content for the ‘Authentic Ireland’ edition. 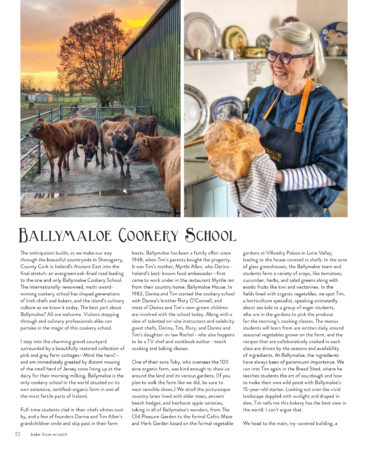 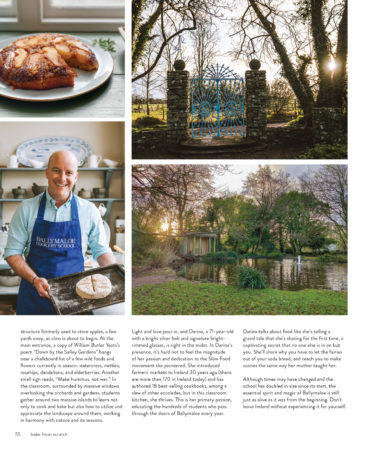 Alison Metcalfe, Tourism Ireland’s Head of North America and Australia, said: “Tourism Ireland was delighted to welcome the Bake from Scratch and Williams Sonoma teams on a culinary adventure around Ireland last January. We are really pleased with the excellent coverage in the special ‘Authentic Ireland’ edition of Bake from Scratch. It’s a great way of keeping Ireland and our superb culinary scene to the fore in the US. We look forward to welcoming American visitors to Ireland, as soon as the time is right.”