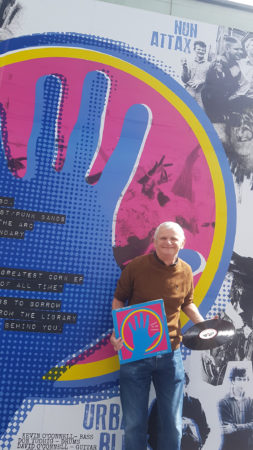 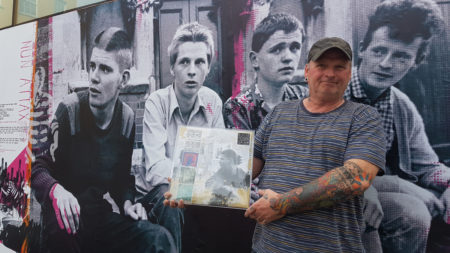 New artwork on Grand Parade pays homage to Corks vibrant post punk music scene 40 years ago, and heralds the anniversary of an album recorded in Cork in the summer of 1980.

Kaught at the Kampus was recorded live in the Arcadia and includes tracks from four of the city’s cutting edge post punk bands; Urban Blitz, Mean Features, Microdisney and Nun Attax. The album was later released on Elvera Butler’s Reekus records, and stands today as an important testament to the vibrant music scene in the city at that time.

One of the two murals spotlights the legendary Nun Attax, a ground breaking punk band from Churchfield, and one of the city’s first. Nun Attax went on to release a number of records in the 1980s as Five Go Down to the Sea?

Join us for a celebration of Kaught at the Kampus on Culture Night (Friday 18th September) in Cork City Library, Grand Parade. An anniversary edition of the album is due for release later this year.

Cork accounts for second most Rentokil callouts for seagulls and other pest birds so far this year
Previous Post
NEW BOOK: ‘Newspapers and Journalism in Cork, 1910-1923’ by Alan McCarthy PhD