Kissing goodbye to the Blarney Stone? Ticket sales down 85% due to COVID19 travel downturn

The owner of one of Ireland’s most successful tourist attractions has called for increased supports for the industry amid a collapse in visitor numbers. Sir Charles Colthurst, 10th Baronet whose family owns and operates Blarney Castle and Gardens, says ticket receipts have dropped by 85% as a result of restrictions imposed to prevent the spread of COVID19.

Blarney Castle supports 90 full-time and part-time staff during the height of a normal summer season when as many as 65,000 tourists visit monthly. This year, the number of visitors during August fell to 10,000. Efforts are being made to protect the jobs of 30 full-time staff at Blarney Castle and Gardens during the off-season, but the impact on gate receipts and shortfall in Government support has had a significant impact. 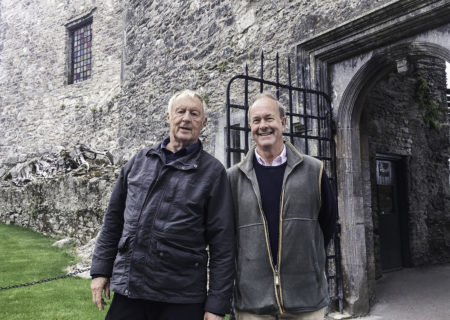 “We are extremely grateful to the people of Blarney and Cork who have continued to support us in great numbers during the pandemic, and who have purchased season passes to access the Castle and grounds. Tourism had been Ireland’s fastest growing sector pre-COVID, and I firmly believe that it will be again. The priority for private operators such as ourselves is to keep the lights on, protect the income of our employees and ensure that we are well positioned to take advantage of an upturn in business.”

Sir Charles, whose family has operated the leading, and well-run, tourist attraction for 300 years, said support from Government and forbearance from creditors are vital to ensure the recovery:

“Right now, it is a matter of priorities. All our responsibilities will be fulfilled, and our business will trade successfully again when the restrictions are eventually lifted. The reality is that they cannot be fulfilled in the timeframe originally planned, as a result of an unforeseen and catastrophic change in circumstances. Unlike public tourist attractions where state funds flow freely into upkeep and maintenance, those in the private sector have to carry that weight alone. I would ask the Government to consider a special package of measures to support businesses such as ours. We will again return to being significant contributors in terms of taxes, but not if our businesses are not supported in the meantime.”