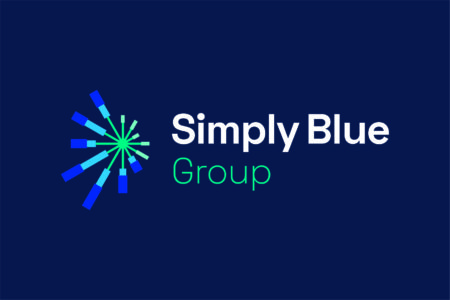 Simply Blue, the leading early stage developer of transformative and sustainable marine projects in
the UK and Ireland, is launching an energetic new logo design and brand identity. The company is
embarking on an exciting new phase in its history, with the recent opening of new headquarters in
Cork, Ireland (Centre Park House, Centre Park Road, Cork City), a significant team expansion, and the establishment of an international team to
develop new project opportunities around the world. As the offshore renewable energy and
sustainable food production markets break new ground with floating wind, wave, and semi-closed
aquaculture technology development, Simply Blue is leading from the front with a number of
pioneering projects. These include Simply Blue Energy’s floating offshore wind project Erebus in
Wales, part of the Blue Gem Wind portfolio in a joint venture with Total, and the floating offshore
wind project, Emerald, off Ireland’s south coast. Meanwhile, Simply Blue Aquaculture is developing a
new sustainable fish farm, Loch Long Salmon in Scotland.

To help capture this dynamism, Simply Blue is transforming its visual presence with an exciting new
brand design influenced by the wind. Inspiration was taken from a wind rose plot, a chart that is
used by meteorologists to measure the speed and direction of the wind at a particular location.
This gives rise to a dynamic and kinetic symbol creating a simple and memorable identity. To
strengthen the connection with the company’s origins, the wind rose symbol in the new logo is
based on wind data from Cork Airport, Ireland.

The colour scheme brings to mind the diversity of the ocean and marine landscape, while the
company’s tagline “Working with the Oceans” effectively communicates Simply Blue’s commitment
to the Sustainable Development Goals.

Hugh Kelly, company co-founder and Commercial Director, said: “With the expansion of both our
team and our business horizons, we are moving into an exciting and dynamic new stage for Simply
Blue. Our new brand reflects this positive energy while maintaining a link with both our technical
expertise and our Irish roots.” 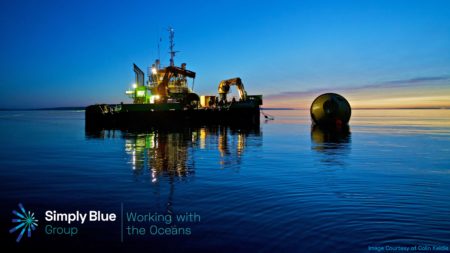 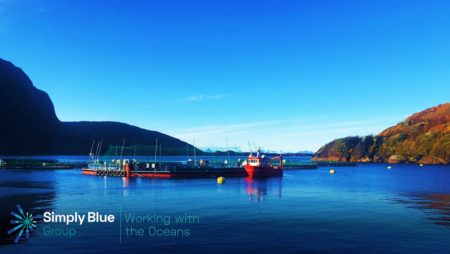 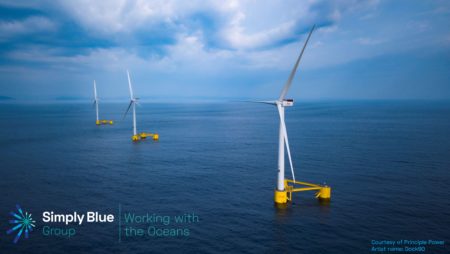 About the Simply Blue Group

Established as a blue economy developer in 2011, Simply Blue has grown rapidly to become the
leading developer of pioneering sustainable marine projects in the UK and Ireland. Initially focusing
as Simply Blue Energy on floating offshore wind and wave technology, Simply Blue expanded into
the growing sustainable aquaculture sector with the establishment of Simply Blue Aquaculture in
2018. Blue Gem Wind, a joint venture partnership with Total is currently developing the Erebus 96MW floating offshore wind project, along with another larger project, off the Pembrokeshire coast.
Situated off the Cork coast, Emerald, another portfolio of floating offshore wind projects, is
currently progressing through early planning stages. In parallel, Loch Long Salmon, a partnership
between Simply Blue Aquaculture and Trimara Services, aims to bring a new type of salmon farming
to Scotland using semi-closed salmon farming systems.

Simply Blue’s mission is to raise awareness of the oceans’ potential, pioneer marine project
development and collaborate with partners to build a sustainable blue economy and communities.
Now with a team of over 30 and actively progressing numerous other projects in the UK, Ireland and
in other jurisdictions around the world, there is a bright new look and a bright new future ahead for
the Simply Blue Group.

Simply Blue Energy has offices in Cornwall, Pembroke, Edinburgh, and headquarters in Cork