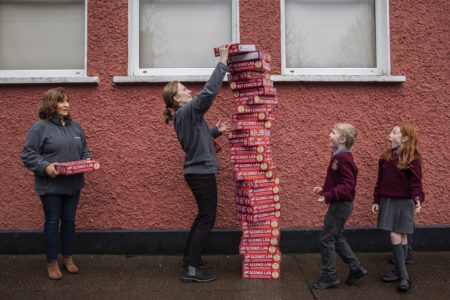 Speaking on the special delivery, Orla McNamara said: “The core theme for Science Week 2020 is Science Week — Choosing our Future focusing on how science can improve our lives in the future, and in the present. As the world leader in serving science, Thermo Fisher Scientific understands that it has the ability to make a significant positive impact on society, including the promotion of STEM education. We want to invest in the bright young STEM talent who will solve future challenges.

“These local school children from Shanbally and Ringaskiddy National Schools are the next generation of scientists, engineers, thinkers and leaders and we are delighted to inspire and nurture that local talent during Science Week.”