Ireland consistently punches above its weight on the international stage, sometimes literally as demonstrated with Conor McGregor. That said, there are occasions where outsiders only operate with a surface-level understanding of Irish culture. This surface-level understanding is a result, in part, of the entertainment industry, such as famous films and television shows. Although the area which is arguably the most saturated with Irish themes and ‘the luck of the Irish’ is, unsurprisingly, the online gaming sector. However, this isn’t necessarily a bad thing and can feed back into advantages broader than they at first appear.

As touched on above, probably the most visible way the Ireland theme is adopted is through the use of the lucky Irish concept. As an industry so heavily reliant on luck, it’s only natural that online casinos would welcome this idea openly. This appears on all scales, though in larger implementations entire websites can be based around this one central concept.

For an example of this consider the live casino page as hosted by Paddy Power. Directly offering live titles like roulette, blackjack, and monopoly, every connective part of the website leans on the Irish theme. Each section is given its own shade of green; users are given reminders of Ireland at every turn, and this plays into generating an overall mood. 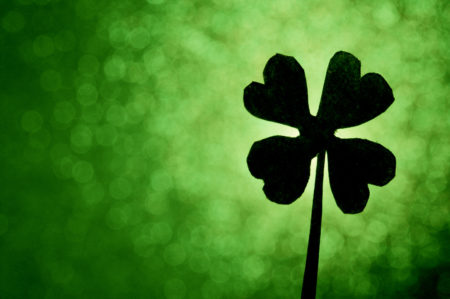 Close-up of a small paper four-leaf clover that my daughter and I made.
Photo submitted to the Flickr group Macro Mondays for the “Good Luck Charms” theme.
“A Little Luck” (CC BY 2.0) by JD Hancock

Outside of entire websites, smaller examples have been common throughout the years in individual games. This is most often the case for slots, which have long seen success through spreading out into as many designs and motifs as possible. As with casinos, one of the best ways to create a feeling of positivity and luck has been turning to the shared perception of the Irish.

The subtler of these efforts are games like Fortune Girl and Lucky Lassie, which adopt the green and clover theme without diving in with both feet. On a more ostentatious level are titles like Irish Charms and Lucky Shamrock. Wearing their inspirations on their sleeves, these long-time favourites have seen great success internationally, though also prove popular with players back home.

The basic concepts of online casinos relying on Irish culture and mythology could be seen as a simple business decision. The implications of this use are much more complex, however, and could have positive effects far beyond the boundaries of the individual games and websites.

Collectively, the knowledge about and fame of a country is a reflection of widespread public perception. Every little part of mainstream entertainment that integrates with a culture helps to make the reality more visible, creating a feedback loop over time. In other words, the more visible something is, the more people will want to leverage it, and the more they leverage it, the more visible it becomes. 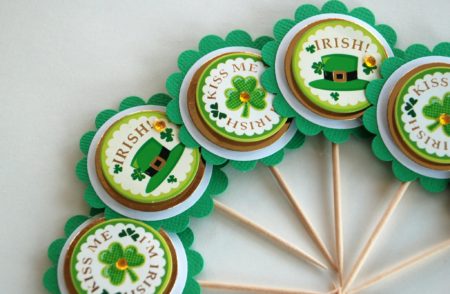 “Kiss me I’m Irish Cupcake Toppers” (CC BY 2.0) by GlitterandFrills

Online casinos, while only acting as a small part of the greater equation, help maintain the public perception which has long allowed Ireland to stand above its size. We’re not the biggest country, and we have a population only around that of New Zealand. Yet, when it comes to international fame and recognition, Ireland and New Zealand are in different leagues.

Ultimately, all the little things add up to something greater. Sure, you might get a little tired seeing constant references to Ireland as an Irish person living in the country, but for ex-pats and those born of other shores, these little things can go a long way.