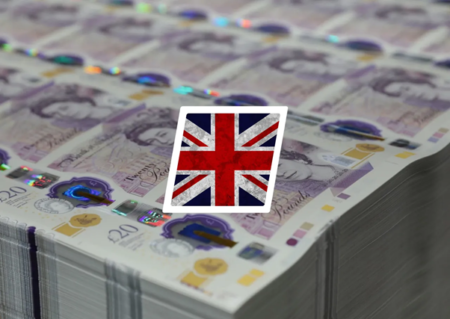 The UK Gambling Commission has proposed to require gambling companies to verify the income data of players who have lost over £100 a month. According to industry representatives, the new rules could result in severe losses.

The British regulator considers it appropriate to introduce new rules that will help to protect troublesome players. The Сommission representatives say that 60% of total online betting income to the bookmakers is accounted for by 5% of bettors.

Today, casinos and bookmakers check their customers’ incomes only if players lose tens of thousands of pounds. Representatives of the gaming industry have considered this proposal an “invasion of privacy.” However, such an argument does not seem very convincing, since companies databases already contain a huge amount of customer data.

Among other things, authorities also suggest prohibiting the provision of online casino and betting services on the same portals. In their opinion, this prompts bettors to take more risks.

If the innovations are adopted, they will be valid throughout the country, except for Northern Ireland. In turn, bookmakers say that such rules will take a toll on the industry, which has already suffered significant losses due to the coronavirus pandemic.

Sports representatives are also alarmed by the possible adoption of the amendments. The lion’s share of their funding comes from bookmakers. They could lose millions of pounds with the introduction of the new rules. Horse races organizers, for instance, have already calculated the potential losses – it is an impressive amount, nearing £ 60 million a year.

The Chairman of the board of directors of the bookmaking holding company Flutter Entertainment Ian Proctor has introduced an alternative proposal. He is convinced that companies are in a position to independently monitor the behaviour of players, and, if necessary, can set limits for guests showing signs of irresponsible gambling. Stricter financial restrictions as well as inspections are also possible. Such measures will be taken in exceptional cases.

While the authorities are trying to resolve the issue with the bookmakers conducting legal business, the volume of bets in the illegal sector has doubled. Together with PWC, the UK Betting and Gaming Council has conducted a study, according to which the turnover of offshore bookmakers has reached £ 2.8 billion.

The share of bets with illegal operators in the total number of bets made in November-December 2020 almost doubled compared to the previous study covering 2018-2019 – and raised from 1.2% to 2.3%. Over the reporting period, the volume of bets in the illegal sector has doubled – from £ 1.4 billion to £ 2.8 billion.

According to the news site bookmaker-ratings.com, the share of players choosing illegal online operators has also grown over the past couple of years. If earlier there were 210,000, now their number has grown to 460,000. According to experts, almost 44% of the surveyed players knew about at least one offshore bookmaker.

The study also shows that the traffic of 11 analyzed illegal offices has increased by about 85% in the reporting period.

On the positive side, the Council notes a decreasing proportion of links leading to illegal providers in search results. Thanks to the updates to Google’s search algorithms, untrustworthy and unwanted gambling websites are becoming less visible.