The Irish Community Air Ambulance was tasked to 127 incidents across nine counties during the first three months of 2021. The figures represent a 21% increase compared to the same period last year when there were 105 call outs.

In Cork the Irish Community Air Ambulance was tasked to 53 incidents across the county during the first three months of 2021.

The Irish Community Air Ambulance, formerly Irish Community Rapid Response, based in Rathcoole in County Cork, works in tandem with the National Ambulance Service to provide both paramedic support and transport to hospital for seriously ill patients. 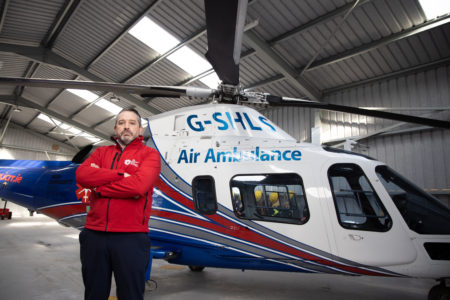 Figures from the ICAA show that March was the single busiest month since the start of the year, with the Air Ambulance being tasked a total of 47 times. There were 41 missions in February and 39 in January. The Air Ambulance was in the air for 32 hours during that time. Cardiac arrests account for the most incidents, with a total of 32 taskings between January and the end of March.

Amongst the other incidents responded to were;

While Cork and Kerry were the counties most likely to require the service, the Air Ambulance also provided support to Counties Limerick, Tipperary, Clare, Wexford, Waterford, Kilkenny and Mayo.

“The taskings have increased year-on-year for Q1 by more than 20% already this year and this shows that demand continues to grow for our Air Ambulance service in Ireland. The ICAA Air Ambulance is airborne in under four minutes of being tasked by the National Ambulance Service, and is thirty minutes away from most of the areas within its catchment. Ireland needs our service, and this service needs the continuing support of our community fundraisers and corporate supporters. This year will be a significant one for our organisation as we grow and expand and continue to help those who need us.” 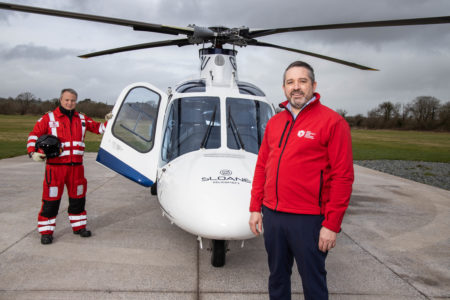 The Irish Community Air Ambulance can bring casualties to the hospital that best suits their life saving needs, not just the closest geographically. From the base in North Cork, the ICAA Charity Air Ambulance can put a 25,000km2 area within 30 minutes of emergency medical care. The Air Ambulance is staffed by advanced paramedics and EMTs from the National Ambulance Service.