Buttimer calls for Electrification of Railway in Cork 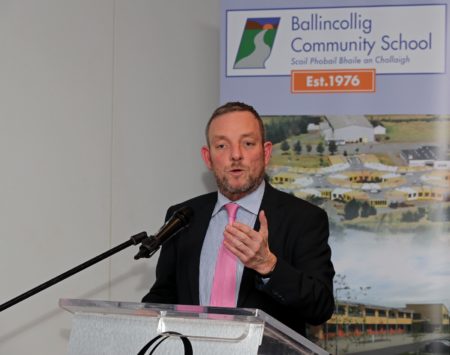 “Let’s get Cork back on track”

Fine Gael Senator Jerry Buttimer, a member of the Oireachtas Transport Committee, has recently called for “consideration of the viability” of the development and construction of Electric Rail to serve Cork City and County to be expedited.

“As a member of the Oireachtas Transport Committee, I recognise the importance of the launch of the draft National Investment Framework for Transport in Ireland (NIFTI). The implementation of the Cork Metropolitan Area Transport Strategy, which includes rail connections, must be a priority for Government. The development of rail connectivity is pivotal for the future of Cork.

Senator Buttimer continues, “Our commitment to a sustainable public transport system for Cork could be realised through the development of an electric rail connection between Cork city and key county towns. The electrification and expansion of a rail connection to and around Cork will enable better transportation choices for the travelling commuter, while living up to our climate change challenges.

Senator Buttimer continues: “Cork is a progressive, vibrant and confident city with a new future about to be unlocked. It is 60 years since the closure of the West Cork Railway. Let’s not wait 60 years to re-establish rail links in Cork. We must look beyond the historic obstacles and implement a robust vision of public transport for a resilient Cork.

“Connectivity is crucial to this. Our international airport and European ferry terminal are poised. Cork needs an integrated regional public transport system similar to other progressive European cities, and rail links are going to be key for the growth and expansion of our city. Electrification of the railway would really put Cork back on track,” Senator Buttimer concluded.