Councillor steps down after 12 years

9 May 2021
By Mary Bermingham
mary@TheCork.ie

Sinn Féin’s Henry Cremin has announced that he is stepping down as a Cork City Councillor after 12 years. He said that now is the right time to leave public office after three decades as a party public representative and more than a decade as a full-time councillor. 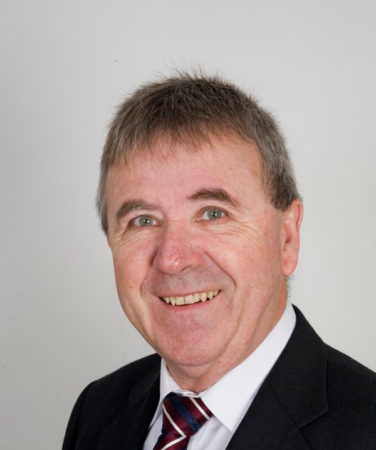 “I didn’t come to this decision lightly. I have given it serious thought over the last while. After thirty years on the frontline of local politics, it is time to pass the baton to the new generation. It is the right time for me to move on to other things within the Sinn Fein party and outside of public office.

“I have enjoyed my time as a representative of the people. It is a very important thing to have the opportunity to stand up for people and for communities. To give them a voice. I would like to thank all my constituents for their support. I hope they feel I did a good job. From my first day a public representative, I gave it everything.

“I also want to thank my comrades in Sinn Féin for the incredible support they have given me. They walked thousands of miles and knocked on thousands of doors down through the years in so many campaigns. I would have been lost without them. A better bunch of people you are not likely to find anywhere. As I step away from frontline local politics, I especially remember those party members who have passed away, close friends who were by my side when we were doing everything we could to grow the party in Cork.

“I want to wish my successor the very best for the future. Whoever the party selects, I know that constituents in Cork South West will receive the same dedication, workrate and attention they got from me. This is the Sinn Féin way and it will never change.

“After over forty years as a truck driver for Musgraves and twelve years as a councillor, I am looking forward to spending more time with my family. They all have been incredibly patient over the years and I am so very thankful for that.”

While Mr Cremin is stepping down as a public representative he is keen to stress that he is going nowhere as a Sinn Fein member or as a community activist.

“Cork republicans don’t retire. I will continue as a committed member of Sinn Féin doing whatever I can to build the party even further. I will also work away with the community organisations I am involved in. You will still see me driving the community bus or delivering meals on wheels in the Togher area and doing the clean-up every Saturday with the Tidy Towns in Bishopstown. I will continue my community activism across the constituency for a long time to come.”

“Henry is a political hero of mine. I was very proud that the first vote I ever cast was for him. He is a trailblazer for Sinn Fein in Cork City and a perfect example of what it means to be an outstanding public representative.

“Henry is absolutely devoted to the community he lives in and the communities he represents. He has dedicated most of his adult life to standing up for ordinary people without ego or self-interest. Henry is a genuinely good and decent man who did a lot of hard work for the party when it wasn’t easy. His example – his principles and his commitment to doing good – have been an inspiration to Sinn Féin members in Cork for a long time.

“Henry Cremin will be sorely missed by the people of Cork City, as a public representative especially in areas such Bishopstown, Curraheen, Glasheen & Togher he represented for so long but I know he will continue making a contribution as an activist with the party and in the community.”