The Vikings and Cork: raiding, trading, and the development of the town

The earliest stages of the Viking and Hiberno-Norse city of Cork, its true locations and the lives of its residents are to be discussed in a free online conference about the Vikings and Cork later this month.

Cork Historical and Archaeological Society has organised the one-day event in which a new theory about where the first Hiberno-Norse settlement on Leeside was located will be proposed.

The Vikings and Cork: raiding, trading, and the development of the town will take place as an online webinar on Saturday, June 19. Registration opens on June 1 through the Cork Historical and Archaeological Society website, www.corkhist.ie.

“Viking Cork remains elusive, we don’t know exactly where it was or what it looked like. The question of Viking Cork has puzzled archaeologists and historians for decades,” said conference organiser, Dr Griffin Murray, who lectures in archaeology at University College Cork.

“Importantly, this is the first time that scholars have come together to discuss the historical, archaeological and art historical evidence we have for Viking and Hiberno-Scandinavian Cork. Many of the top academics in Viking Studies in Ireland and Britain are speaking at this special event, so people are in for a real treat,” he said. 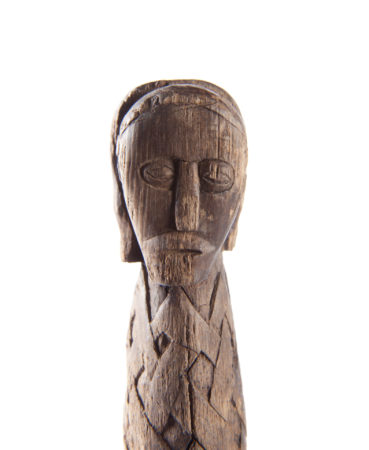 Some of the most interesting discussion is expected to revolve around a lecture by Howard Clarke on the chronology and locations of the earliest Viking presence in Cork in the ninth century, and of subsequent urban settlements on either side of the River Lee’s south channel. He is Professor Emeritus of Medieval Socio-Economic History at University College Dublin. His talk will be based on ongoing work by him and his wife Máire Ní Laoi, who are co-authors of the Cork volume of the Royal Irish Academy’s Irish Historic Towns Atlas series, due out in 2022.

“I would argue that there was an absolute break in continuity between the distinctive ninth-century Viking presence in a fort or stronghold on the north of Cork’s central island, around present-day North Main Street, and the later set of Scandinavians who came to the south of Ireland in 913 and 914 and occupied a site in Cork,” said Prof Clarke.

While proof of that site’s location remains to be found, Prof Clarke will explain how a combination of evidence from annals, archaeology and post-medieval maps lead him to believe that the first 10th century settlement was not in the present South Main Street area – often perceived as the site of Cork’s earliest urban development – but in the area around Cove Street behind what is now Sullivan’s Quay.

The results of archaeological excavations of the central spine of the medieval city in recent decades show that the marshy south island area had been reclaimed and developed by the late 11th century. The most recent major work there, carried out on the former Beamish and Crawford brewery site, was the subject of one of Cork Historical and Archaeological Society’s best-attended lectures in many years, when project leader Dr Maurice Hurley presented highlights of the work there in 2017.

Dr Rebecca Boyd will give the conference a flavour of what life was like on the island city, and will outline differences between Viking Cork and Viking Dublin. She said everyday life in Viking Cork is evoked by a small wooden toy boat found under the car park at South Main Street, where several houses were excavated between 2003 and 2005.

“As well as showing evidence of simple things like children at play, it’s interesting to compare with a toy ship from Viking Dublin that was longer and narrower than this one,” said Dr Boyd, who recently completed an Irish Research Council-funded post-doctoral fellowship at UCC. Her book Exploring Ireland’s Viking-Age Towns: Houses and Home will be published later this year.

“Homes in Cork around this time were compact, around 40 square metres in area, and would typically accommodate a nuclear family of parents, children, grandparents, and maybe an aunt or uncle,” she said.

Other topics to be explored in Cork Historical and Archaeological Society’s Vikings and Cork conference include:

– Early relations and trade between Viking towns and cities on either side of the Irish Sea (Professor David Griffiths, Oxford University)

– Viking-age hoards of silver and gold ending up in Irish ownership as evidence of relationships between Scandinavians and the dynasties of Irish kingdoms (Dr John Sheehan, Archaeology Department, University College Cork)

The final lecture will bring attendees right back to the 21st century as Dr Tom Birkett, lecturer in Old English at University College Cork, presents findings from the Cork-based World-Tree Project that probed public perceptions across Europe of the Vikings, whose image has undergone remarkable change thanks to their central role in popular TV series and their deployment as tourism marketing tools in recent decades.

Cork Historical and Archaeological Society, established in 1891, is one of the longest-running organisations of its kind in the country. It has produced an annual journal since 1892, and organises an annual programme of public lectures and outings for members. Membership is open to anybody interested in the history and archaeology of Cork city and county, details on the Cork Historical and Archaeological Society website.

Anyone wishing to attend this free online event, which will be a Zoom webinar, must register online in advance. The full programme and registration details can be found on the website of Cork Historical and Archaeological Society: www.corkhist.ie