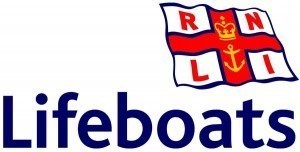 Baltimore RNLI was launched last night (Thursday 12 August) to assist a yacht taking part in the Rolex Fastnet Race that was suffering power problems 1 mile east of the Fastnet Rock Lighthouse off the coast of West Cork.

The volunteer lifeboat crew launched their inshore lifeboat at 8.47pm following a request to assist a 36ft yacht with 6 crew onboard whose battery power was too low to start their engine to run their charging system. Given the circumstances, the location of the yacht and the weather conditions at the time, Deputy Launching Authority of Baltimore RNLI, recently retired RNLI Coxswain Kieran Cotter spoke to the Irish Coast Guard as well as the crew onboard the yacht and the decision was made to launch Baltimore RNLI’s inshore lifeboat.

Baltimore inshore lifeboat reached the casualty vessel at 9.20pm and passed over a battery jump pack to the crew so that the yacht could start their engine and charge their own batteries. This was successful and once the crew onboard the yacht were happy that their systems were running properly they passed back the jump pack and continued on their way. The lifeboat returned to Baltimore lifeboat station, arriving at 10.00pm.

There were three volunteer crew onboard the lifeboat, Helm Micheal Cottrell and crew members Kieran O’Driscoll and Ian Lynch. Assisting at the boathouse were Seamus O’Driscoll, Jerry Smith and Tom Kelly. Conditions at sea during the call were rough with a westerly force 5 wind and 3.5-4m sea swell.

Speaking following the call out, Kate Callanan, Baltimore RNLI Volunteer Lifeboat Press Officer said: ‘Conditions around the Fastnet Rock Lighthouse last night were bad and the early intervention from our lifeboat helped a worse situation from developing. However minor the problem may seem at the time, never hesitate to call 999 or 112 and ask for the Coast Guard if you get into difficulty at sea.