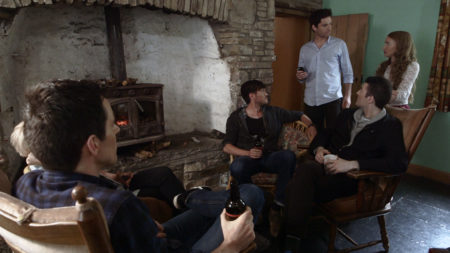 Amazon Prime Video has released the independent horror feature film “Beyond the Woods” for free streaming this August. The film was written and directed by Cork-based film-maker, Seán Breathnach. It was shot in Cork, just outside Millstreet in a house surrounded by 70 acres of woods with mostly Cork-based cast and crew.

Since the film’s release in 2018, Beyond The Woods has not only managed to gain critical success amongst horror fans but was also nominated for ‘Best Thriller’ at the National Film Awards UK in London. The film was also highly praised in Empire Magazine, where the legendary Kim Newman named it his DTV must-see in the June 2018 edition of the magazine.

Sean Breathnach was delighted about the film’s release on Amazon Prime here in Ireland: “Beyond the Woods has been available on streaming platforms and on DVD and VHS since 2018, but this is the first time it’s been released here in Ireland for free streaming. It’s always special to have your film widely available in your home country. People are always asking me where they can watch it.”

“Beyond the Woods” stars Irene Kelleher (Game of Thrones), Seán McGillicuddy (Vikings, Game of Thrones), Ross Mac Mahon (Penny Dreadful) and Claire Loy (Casualty, The Outpost). The supernatural horror is set in an isolated house in a forest and follows the ordeal of seven friends who have decided to meet up after not seeing each other for a long time.

Sean says about his inspiration for the film: “I had been trying to come up with a good concept for a low budget horror film for a while. I’d written a few, but none of them hit the spot. Then one evening I ended up watching the sci-fi film “Coherence”. I was very impressed with what they achieved with minimal locations and a small cast and crew. I was mulling over the film the next day when I came across a story about a fiery sinkhole opening in China. That was the lightbulb moment – marrying those two ideas – bringing together drama and horror, and making the sinkhole a gate to the underworld.”

The film initially travelled to film festivals all over the world, before it was picked up for distribution by UK based Left Films.

“It’s a real thrill to see my film on the shelves in outlets such as HMV or Tower Records. I used to look into branches of the stores both here abroad – in places like Exeter, London, Cardiff and Aberdeen – and there it was! It’s also a thrill to see it up on Amazon in Japan and Germany, and to hear it dubbed in Russian. It’s wonderful to see how far the film has travelled, and how well it has been received.” 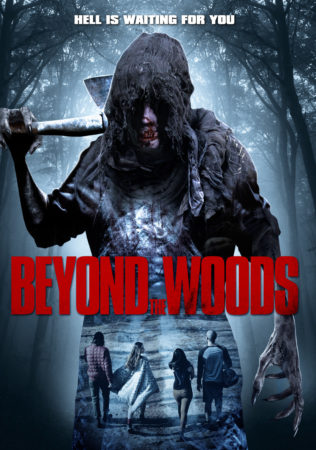 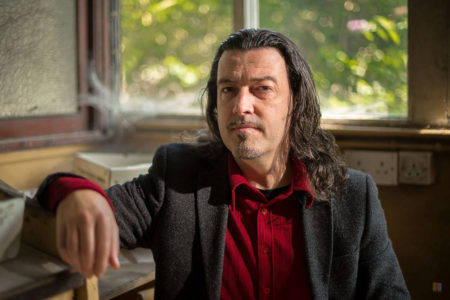