Miss Cork Zoe Hendrick (24) from Blackrock in Cork was stunning last night as she took to the stage for the Miss Ireland final. The Digital Marketing Analyst took her place proudly beside first runner up was Miss Meath Caoimhe Gibney as Pamela Uba (25) from Galway City who was crowned Miss Ireland 2021 on Sunday September 5th at a spectacular outdoor show and sparkling ceremony at Lakeside Manor, Co Cavan. 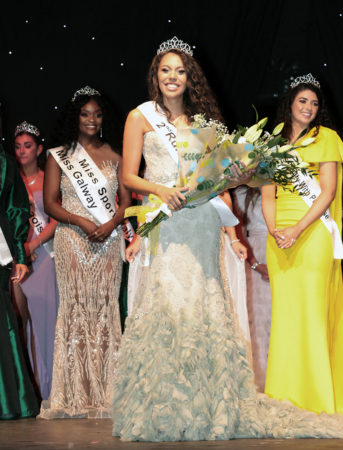 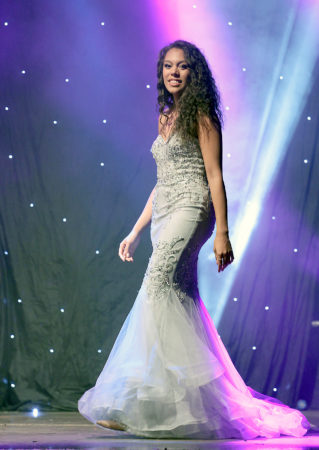 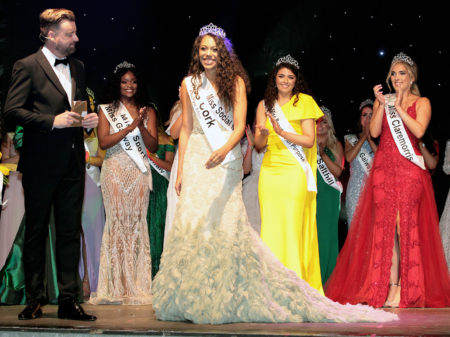 Established in 1947, Miss Ireland has been the launch pad for many eminent, successful, and inspiring women in Ireland. In recent years the Miss Ireland Franchise has raised over €250,000 for various charities including Laura Lynn, Temple Street, Alzheimer’s Ireland, Pieta House, The Cari Foundation and this year are proud to partner with Variety Ireland, an Irish charity helping sick, disadvantaged and children with special needs since 1951.

Diversity was very apparent at Miss Ireland this year with an eclectic mix of finalists from various ethnic and cultural backgrounds – perhaps a reflection of a new generation and a new Ireland. Pamela, Zoe and Caoimhe were wreathed in smiles as they accepted their Miss Ireland bouquets.

Our radiant new Miss Ireland’s eloquent parlance, gentle demeanour and kind nature belies her towering strength and determination. Pamela grew up in direct provision after moving to Ireland with her family from South Africa when she was just eight years old. Today, a very proud Irish Citizen and a graduate of Trinity College with a master’s degree in clinical chemistry, Pamela hopes to use her Miss Ireland title to represent a more diverse Island on the world stage and believes education is a superpower. Pamela was crowned by three former Miss Ireland’s; Lauren McDonagh, Aoife O Sullivan & Rebecca Maguire.

The 30 finalists this year were put through their paces in a challenging competitive process over the last three months testing their skills in debating, public speaking, talent, sports, modelling, social media and each finalist was tasked with raising much-needed awareness and funds for their chosen charities.