2022: Rallying to take place in Mallow and Ballyvourney Forests

2022 is looking set to be an incredibly exciting year for Irish Rallying on the whole as the sport roars back into life, but none more so than in ‘The Woods’ as the Motorsport Ireland Forest Rally Championship looks forward to a bumper new season, a hugely competitor friendly format, a return of some of Irelands best Gravel events as well as strengthening of the J1000 category, the ultimate starter Championship for younger drivers. 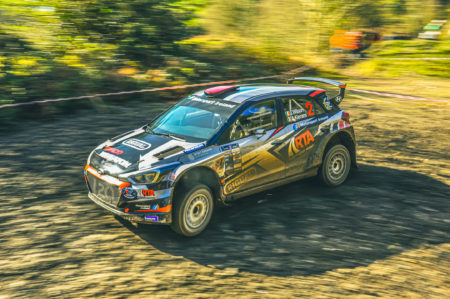 The competitor friendly nature of the championship is clear to see, with a huge incentive for each and every entrant to enjoy the most cost-effective Championship in Ireland. Each event involves no Recce, instead all notes are refined from DVD and a set Single Day Entry Fee will be applied right throughout the season.

The 2022 Forest Rally Championship is delighted to once more be supported by Coilte, the State Forestry Company, who provide the use of the incredible forestry locations that the Championship competes through, as well as Motorsport Ireland, the sport’s governing body.

The Motorsport Ireland Forest Rally Championship runs a Reverse Order Seeding policy for 2WD crews that run first on the road, offering the absolute peak conditions to the Clubman and Junior Competitors, while the following 4WD section run in normal seeding order. Of the Seven Championship Rounds, the best Five count towards the Championship Crown.

The 2022 Season action kicks off in just 6 weeks’ time with a return to Kerry after a hiatus of fifteen years and the much-anticipated return of the Killarney Forestry Rally on February 20th, before the championship returns to familiar territory in Carrick-on-Suir and the Willie Loughman Memorial Forest Rally on April 9th. A newcomer joins the fray in Round 3 as we head to Drumshanbo for the Midland Motor Club organised Forest Rally* on May 22nd (* Subject to confirmation.)

Following a short summer break, the gravel is set to fly once more as we head south for the Moonraker Forest Rally on July 2nd, and for the Jim Walsh Cork Forest Rally on August 14th. Both of these are firm favourites for competitors, and Ballyvourney & Mallow should play host to some more spectacular duels in 2022. Round 6 takes the Championship to the Northern Gravel Grand-Prix that is the Bushwhacker Rally run out of Omagh, while a yet to be confirmed seventh event will round off the season and crown an incredible season of high-speed loose-surface action.