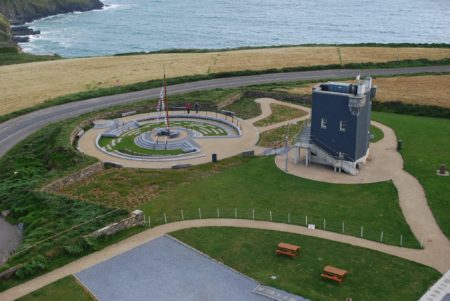 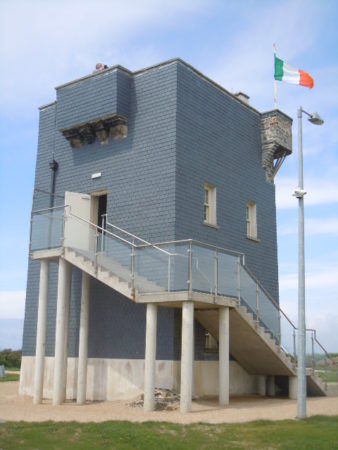 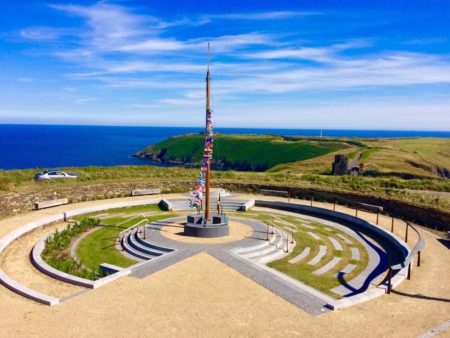 The Lusitania Museum at the Old Head Signal Tower is delighted to announce a new exhibit going on display for the 2022 Season. In 2021 a treasured family heirloom was donated to the museum by an American lady whose grandmother survived the sinking of the Lusitania. In a recent Nationwide special on the Lusitania Museum & Old Head Signal Tower, an emotional Jackie McDougall Weiner recalled her cherished childhood memories of her grandmother, Alice, talking about her extraordinary experience.

On 7 May 1915, Alice Middleton McDougall was dragged down with the suction of the Lusitania, and pulled through a porthole, injuring her neck. Her unconscious body was rescued and brought to Cobh, but believed to be dead, she was placed in the morgue. Fortunately, the slight movement of her finger was observed by a doctor and Alice went on to live a long life, even appearing on the NBC Television show ‘This is Your Life’ in 1956 speaking about the Lusitania tragedy.

Last year, Jackie made the decision to donate an item of clothing worn by her grandmother on that fateful day to the Lusitania Museum, after making contact with the Committee online.

‘I took her money belt, I wrapped and took it to the Post Office in my town. It was a very difficult thing to do. I was relieved when Mr.Begley contacted me and gave me a picture and showed me that he had indeed received it.’ said Jackie, speaking from Oregon, United States. Jackie added that she would love to travel to the Old Head Signal Tower to see the Lusitania Museum.

‘What the people at the museum in Kinsale are doing is trying to expand and make it very special. Anyone can look up facts, we need to keep the emotional story alive and there are many of us alive now that have heard the stories first hand from those who experienced it. My dream is to get there someday.’

The money belt worn by Alice Middleton McDougall is an important addition to the Lusitania museum, personifying the human experience of the World War 1 catastrophe. The piece is now on display alongside a poem written by Alice about the Lusitania sinking.