50th anniversary of Baha’i in Cork

The Baháʼí Faith is a relatively new religion estimated to have over five million adherents, known as Baháʼís – the Cork group has marked its 50th anniversary

An Oak Tree has been planted in the Lee Fields, on the Western side of Cork City, to mark the 50th anniversary of the establishment of the local spiritual assembly of the Bahá’i community in Cork city. The Central tenet of the Bahá’i faith is the oneness of mankind, and Bahá’i communities worldwide work towards the spiritual and material betterment of all communities. The occasion also marks the beginning of National Tree Week, and was supported by Cork City Council. 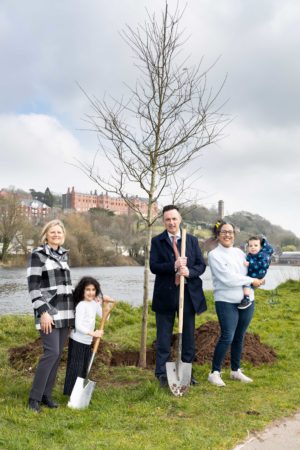 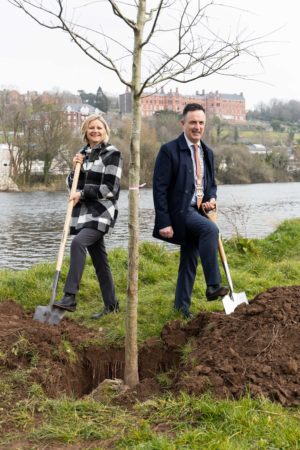 History of Bahá’í in Cork

The first connection between the Bahá’í Faith and Cork goes back to the American Consul to Cobh (then Queenstown) from 1906 to 1910. Mr Henry Culver – a USA Citizen –  became a Bahá’í just prior to taking up his post in Ireland. Henry and his wife Mary (along with their three youngest children) were domiciled in the Upper Park area of Cobh at a time when the small port town was a bustling hive of comings and goings.

Henry, a career diplomat, had plenty to do as America’s man in Cobh, tending to the needs of emigrants, sailors and navy personnel. He was known as a fine public speaker and possessed of “remarkable social qualities and a splendid personal presence.” The Culvers are recorded as the first Bahá’ís to live in Ireland.

The first Irish person to become a Bahá’í was the writer and former Church of Ireland Archdeacon of Clonfert, George Townshend, whose forbears hailed from Casteltownshend in West Cork. In the late 1940’s, the Townshend family became the centre of the development of the first Bahá’í community in Dublin.

George became a figure of international repute in his new found religion. His books and poems have been translated into many different languages and he is regarded as a figure of importance in the development of the community in both Britain and Ireland.

The Australian Bahá’í artist, Maude Bennett, made her home in Cork during the middle decades of the twentieth century, setting up home on Hop Island in the Lee estuary. Maude was well known as a watercolourist and had a number of high profile exhibitions in Cork, including one in the City Hall.

Maude’s paintings hung in many of the ‘big houses’ throughout the county and she was much sought after as a teacher. Amongst her students was a young David Goldberg whose work is included in a number of significant collections at home and abroad. Maude died in 1972 and is interred in the small Church of Ireland cemetery in Douglas.

In the late 1960’s and early 1970’s the retired English theatrical Bahá’í couple, John and Val Morley moved to Ireland and became mainstays of the famous Loft Shakespearean Theatre company in Cork. Their contribution to theatre in Cork is still fondly remembered. It was during these years that some local Corkonians enrolled as Bahá’ís and a varied group with respect to age and background established the first Bahá’í Local Assembly of Cork in 1971. Since then, many Bahá’ís have been happy to call Cork home and have been involved in every sphere of life in the city and county.