IMPROVED CONNECTIVITY WITH EU: You can sail from Cork to France TWICE each week

Brittany Ferries has confirmed that its new midweek sailing connecting Cork with France will become a permanent feature of the company’s sailing schedule, further reinforcing the company’s long term commitment to Ireland, Irish tourism and the Port of Cork.

The Wednesday sailing is part of a new three year deal signed by the Port of Cork Company (PoCC) and Brittany Ferries that was revealed at a reception held on board the M.V. Armorique vessel which docked in Ringaskiddy, Cork this week. 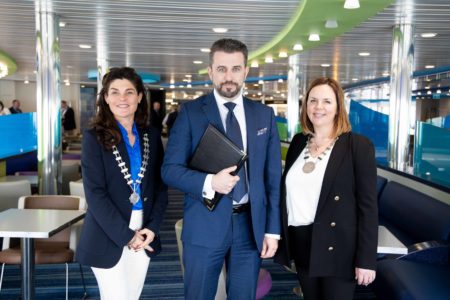 The event was hosted by Brittany Ferries President, Jean-Marc Roué, Honorary Consul of Ireland in Brittany and celebrated the strong commercial partnership that it has shared with PoCC for 45 years. Also in attendance was Brittany Ferries Chief Executive, Christophe Mathieu as well as senior representatives from the Port of Cork Company, Tourism Ireland, Fáilte Ireland and local business and tourism stakeholders.

The new overnight weekly Roscoff M.V. Armorique sailing, which is additional to the popular Pont Aven, the flagship of the Brittany Ferries fleet which sails on Saturdays to Roscoff, enhances the options for passengers and will cater for the high demand and bookings already being seen for the route for 2022 and beyond.

Brittany Ferries President, Jean-Marc Roué, Honorary Consul of Ireland in Brittany stated:
“Our relationship with Cork and indeed with Ireland has always been a happy and successful relationship. While the last two years have been difficult for us all, I am delighted to be in a position to confirm that this year our early bookings are up by over 35% on 2019 which was our last “normal” year due to Covid.”

Monsieur Roué added:
“While most commentators focus on our numbers of Irish holidaymakers heading for France, the reality is that Brittany Ferries makes a larger contribution to Irish tourism. This year, once again, the split in our tourism traffic is 55% /45% in favour of the French taking a holiday in Ireland. I have no doubt that our expanded service will enhance these figures even more. The successful promotion of the Wild Atlantic Way in France and the ease of access to that product from Cork, along with the famous Irish welcome, has always been a compelling proposition for French holidaymakers”.

Port of Cork Company Chief Executive, Eoin McGettigan, stated:
“This is a special day that not only celebrates our valued partnership with Brittany Ferries which proudly spans over four decades, but we also celebrate new beginnings with the addition of a new weekly sailing between Cork and France. Today, we are honoured also to be able to show Monsieur Roué and his colleagues the significant investment we have made to the Ringaskiddy facility. These investments from the Port of Cork and from Brittany Ferries are symbols of optimism, ambition and celebrate the long-awaited ability for people both in Ireland and France to enjoy renewed freedom after such a challenging two-year period. We are greatly looking forward to seeing a strong and welcome return to tourism and travel between our beautiful countries.”

According to Tourism Ireland CEO, Niall Gibbons, the new sailing has the potential to generate €4.3M from a tourism perspective to the local economy.

“As we restart overseas tourism to Ireland this year, the announcement that Brittany Ferries’ M.V. Armorique will operate between Roscoff and Cork this summer is very good news and a real vote of confidence in Irish tourism. As an island, the importance of convenient, direct access cannot be overstated – it is absolutely critical to achieving growth in inbound tourism. We already work very closely with Brittany Ferries and we look forward to cooperating with them to maximise the promotion of their services using the MV Armorique.

“France is one of our top four markets for Irish tourism and in 2019, we welcomed 557,000 visitors from France to the island of Ireland, whose visits delivered €283 million to the economy. We are rolling out an extensive programme of promotional activity in France throughout 2022. Our message is very simple: Ireland is open for business again and we cannot wait to welcome back visitors from France.” 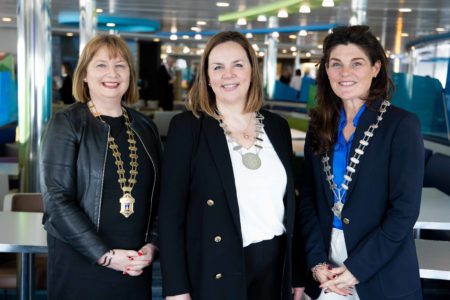 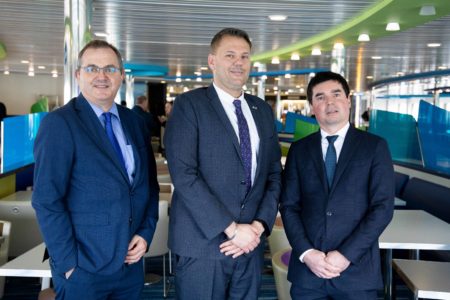 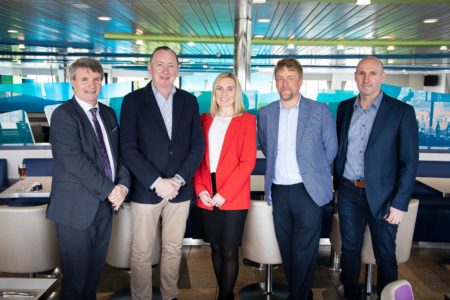 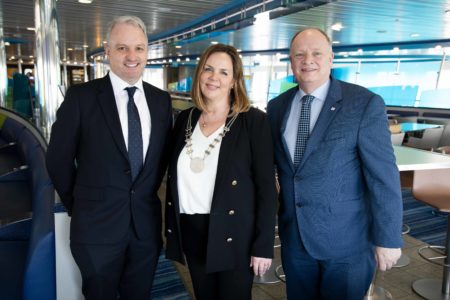