What Is the Right Kind of Experience for a Gaming Regulator Head? 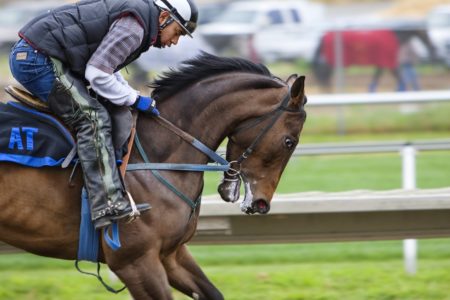 Ms. Anne Marie Caulfield was appointed as the first Chief Executive Officer (CEO) Designate of the Gambling Regulatory Authority of Ireland by the Minister of State with responsibility for Law Reform James Browne, as per an official announcement made earlier this month. Ms. Caulfield, who has an impressive background as a civil servant, was selected for the office after an open international competition conducted by the Public Appointments Service.

“I am delighted to announce the appointment of Anne Marie Caulfield, who will bring a wealth of professional experience and expertise to the role,” Minister of State with responsibility for Law Reform, James Browne stated.

“The appointment of the CEO Designate is an important milestone in the future establishment of the Gambling Regulatory Authority, advancing a key Programme for Government commitment. Greater regulation of the gambling industry in Ireland has long been called for and is a key priority for me as Minister,” he added.

Relevant legislation is currently under preparation in the form of a new Gambling Regulation Bill which will provide the foundation for the establishment of the Irish gambling regulator which will be “focused on public safety and well-being, covering gambling online and in-person, and the powers to regulate advertising, gambling websites and apps”.

The new Bill and the regulatory authority which is expected to start operating in 2023 are being designed to ensure “an improved and modern approach concerning the licensing and regulation of gambling in Ireland today” and to reflect “the reality of the various gambling activities available in the State,” with the term ‘gambling’ encompassing offline and online casino games and other forms of gaming activities, betting, lottery and bingo.

“It is a great privilege to be appointed as CEO Designate of the Gambling Regulatory Authority of Ireland. Effective and efficient regulation of this sector is crucial and I relish the challenge of putting that framework in place,” Ms. Caulfield said.

Anne Marie Caulfield is holder of a Bachelor of Commerce and MBA degrees from the University College Dublin and has a vast experience in policy and operational regulatory work.

Between 2008 and 2016 she served as Director (CEO) of the Residential Tenancies Board, she has also acted as Head of Structural Funds, Cohesion Policy & North-South co-operation in the Department of Public Expenditure and Reform (DPER), participating in EU Cohesion policy negotiations and being responsible for the administration of Structural Funds of €800 million.

Her most recent position was at the lead of the Capability Review Programme under the 2030 Civil Service Reform agenda.

Despite Ms. Anne Marie Caulfield’s impressive resume as a civil servant, her lack of any experience in the gambling industry has caused her recent appointment as CEO Designate of the Gambling Regulatory Authority of Ireland to be met with severe criticism.

Anne Marie received the position even though Ireland conducted a worldwide search for the best suited international expert and Minister Browne had previously stated he preferred the head of the country’s new gambling regulator to be a person with experience in the betting industry or even someone coming from a jurisdiction that had successfully enforced regulation.

According to Stewart Kenny of Paddy Power and advocate of ‘Stop Gambling Harm’, the appointment is “disappointing” because it is crucially important the gambling regulator to have knowledge of how the industry functions and especially of how it entices young people searching for the best online betting sites to move on to other forms of gambling.

“This where the main problem is, in the highly addictive online casino products where young people go online to put a bet on Liverpool or Manchester United or Leinster and are then lured into the casino,” he said.

“You need industry expertise on how this works and how the betting companies speed up the process of betting to get gamblers to these platforms,” he added and likened the appointment to a “box-clicking exercise” on Minister Browne’s part.

“I’m sure the appointee is a wonderful civil servant and she is very committed, but with no industry experience or international expertise she lacks the very technical skills required for this job.”

Barry Grant of the Irish NGO Extern Problem Gambling agreed with Stewart Kenny but said he was optimistic, hoping that expertise would come when the regulator starts hiring staff.

“The gambling industry is at the cutting edge of technology and is really good at what they do and you have to have some people who worked at that end of the industry and on that I agree. Maybe I’m more hopeful, that it’s not a fait accompli that is destined for failure,” Grant concluded.