This year’s festival had female directors at the forefront

IndieCork, which celebrated its tenth birthday this year, has drawn to a close after a week which saw a stellar programme of film, music, workshops and discussions in Cork City. Organisers and festival-goers alike have deemed the event a major success and are already looking forward to welcoming people back in 2023.

The list of award winners has also been released, with prizes across all categories: Among the winners were ‘Padraig’ by Brian Benjamin Dwyer for Made in Cork, Best Emerging Irish Female Director went to Anna Czarska for ‘Mildly Different’, and the inaugural Louis Marcus Documentary Award, an international prize, was won by Brazilian film ‘Swing and Sway.’

It was a year that particularly celebrated female directors; IndieCork opened at The Gate Cinema with ‘Vicky,’ a compelling documentary directed by Sasha King about health campaigner Vicky Phelan. Sasha was present for the screening and participated in a fascinating Q&A session afterwards. The festival closed with ‘Aisling Trí Néallaibh : Clouded Reveries’ – directed by Ciara Nic Chormaic, a film which intimately explores acclaimed writer Doireann Ní Ghríofa’s world and creative process.

There was the added bonus of international directors such as special guests Toby Amies, present for the screening of his highly acclaimed rock documentary ‘In The Court of the Crimson King,’ and Tischa Thomas, focus of the ‘I Am The Tigress’ documentary. 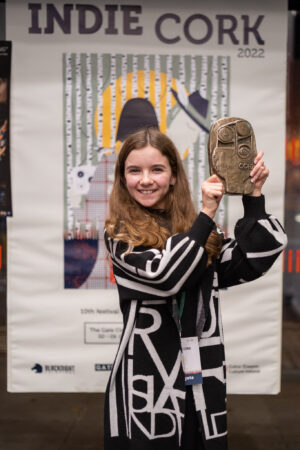 Festival Co-Director Úna Feely says IndieCork 2022 marked a strong comeback year for live audiences commenting: “The richness of both the film and the music programmes seems to have really struck a chord with audiences this week. The live experience bringing people back to venues was really appreciated. All of this makes the complex team work of programming and producing a festival very worthwhile. We’d like to say a huge thanks to everyone who made it happen.”

Once again the live music and social aspect of IndieCork brought an added dimension to the programme, with the Blacknight Festival Centre a hive of activity. Throughout the week there was improvisation, experimentation and exploration in film, music, and sound art. The legendary Boa Morte performed, winning the IndieCork Music Award. Festival co-director Mick Hannigan said that it meant a lot to everyone involved to be back in person again: “I cannot tell you how great it was to celebrate IndieCork this year in all its glory. The Blacknight Festival Centre at the Roundy was busy every night with various events, and seeing the crowds at The Gate Cinema throughout the week really brought home the love and appreciation people have for independent filmmaking. That’s what Indie is all about.”

While the main part of the festival has come to an end, the online offering continues until October 16th. IndieCork is sponsored by Blacknight Solutions, Ireland’s largest web host and domain registrar. IndieCork is Ireland’s only arts festival in shared ownership, meaning that members own the festival and have a say in its development.

Made In Cork Award 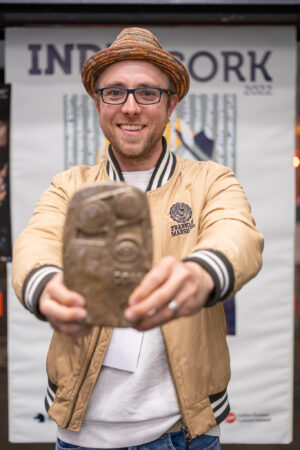 Honorable Mention: ‘I Am The Tigress’ by Philipp Fusennegger (Austria)

Honorable Mention: ‘Where do all the old gays go?’ by Cathy Dunne

For jury statements on each award, visit www.indiecork.com

A US multinational has just spent €30.5 million in a Cork town
Previous Post
Cork Mental Health charity among winners at 2022 Bord Bia National Organic Awards
Next Post
Tweets by @TheCork_ie