Overcrowded Kinsale bus service to be discussed at public meeting 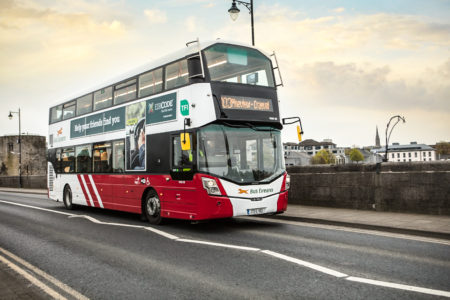 As reported on TheCork.ie recently (October 14th) many users of the Kinsale-Cork City bus service are unhappy with overcrowding.

Now, Fine Gael Senator Tim Lombard along with his colleagues Cllr Marie O’Sullivan, Cllr Kevin Murphy and Cllr John O’Sullivan are to hold a Public Meeting to discuss the ongoing concerns around the Cork to Kinsale bus route (route 226) on Monday 7th November.

“Recent capacity concerns have increased people’s frustration with students being left on the side of the street and reports of passengers being refused entry if they didn’t pre-book their tickets. The capacity issue is largely linked to the fact that this route now also serves Cork Airport from the city.

These ongoing issues must be addressed at a time when the demand and appetite for using public transport has increased and is encouraged.

I would urge all those who use currently use and those who want to use this service to come along to the Public Meeting in the Temperance Hall at 7.30pm on Monday 7th November.”