The service has experienced a significant amount of added pressure due to the removal of a dedicated service from the city to Cork airport, the 226A in April 2020, forcing tourists onto the Kinsale 226 route bus service. 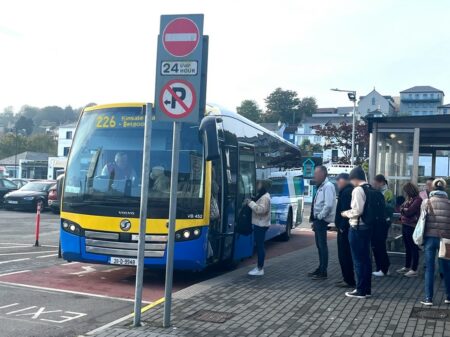 Bus Eireann’s heavily used bus service from Kinsale to Cork (226) is both a commuter anchor for residents along the route, to and from work, college and healthcare destinations and a tourist link between Kent train station, the city and the Airport. This has resulted in the bus becoming quickly overcrowded and full, leaving passengers stranded at the main city stop on Clontarf street and at all subsequent stops. This exclusive service which has been heavily subsidised by the state has made public travel more accessible to all. However, the users are being left behind.

Local residents have complained of the overcrowding and full buses simply passing would be passengers, essentially leaving them stranding and often in the rain. The one hour bus frequency and low capacity of the buses is exasperating the situation. In recent years Bus Eireann have moved the city stop from the Bus Station to an unsheltered pavement on Clontarf street and ended dedicated Cork to airport bus services. Passengers have been complaining they must arrive 30-40 minutes in advance of the bus arrival and then contend with unstructured queues on a public pavement, often in the rain.

Students attending St Johns College have complained they cannot get the bus back from College as its always full when passing Angelsea Street or Evergreen Road. Overfull buses are most prevalent during commuting hours or in advance of flights from the airport, with one person counting 100 people waiting for the 226 bus at Clontarf street in the city at 6pm. Many commuters have either resorted to walking to the train station or giving up on public transport completely. One user complained that her home commute from work in the city takes 3 hours for a ½ hour journey.

The service has experienced a significant amount of added pressure due to the removal of a dedicated service from the city to Cork airport, the 226A in April 2020, forcing tourists onto the Kinsale 226 route bus service. Regular user of the bus service and local Kinsale resident Declan Greenway said that the “Kinsale bus is great but since the removal of the dedicated service to the airport the overcrowding and full buses until it arrives at the airport and this has become a huge issue… I was on a West Cork connects bus to Clonakilty recently and it was great, on time and very clean.”

There are currently no express services from Kinsale to UCC, MTU and the CUH going onto the city. West Cork Connects, a private operator has announced its plans to run such a service. Damian Long, Director of West Cork Connects says “we have buses, drivers and a licence, so we are ready to start the service from Kinsale to Cork. It would serve Ballinhassig, who are currently without a service and it will bring students directly to Colleges and people to CUH, which is a very busy stop…..but we have run into road blocks from Cork County Council who seem to be refusing to either paint a bus stop on the road or place a bus stop pole in Ballinhassig, which would be an insurance issue for us.”

“It’s really frustrating to see that whilst the Green party in government are trying to promote more people to take public transport as an alternative to the car, that our public bus services are letting us down so badly. I regularly take the 226 myself but this is usually on weekends, as I couldn’t depend on it for commuting. The Clontarf Street stop is completely unfit for purpose, and the regularity of the service needs to be doubled, to every half hour. Cork is surrounded by commuter towns, and I’m sure Kinsale is not unique, but it is completely dependent on one bus service to Cork. The Bus Connects plan does not connect towns like Kinsale and there is a massive amount of people working studying and generally commuting along this route, and I do include all of those people living in Belgooly, Riverstick and Ballinhassig.

It is absolutely unacceptable for Bus Éireann to continue to ignore complaints from its users. I personally believe that if they cannot run the service it should be tendered to an operator who can. I see no issue with both services running in parallel on slightly different routes. I am also calling on the Minister to extend subsidies to private operators who are providing a licenced service so we can make sure there is a level playing field. Bus Eireann clearly cannot and are unwilling to service the expanding communities along the 226 route adequately and are trying to protect this very profitable route. We absolutely need a direct express service on an alternative route to bring people to Belgooly, Riverstick, Ballinhassig, MTU, CUH, UCC and on to the city. Bus Eireann need to reinstate the 226A service to alleviate pressure on the 226 route. Currently we have a private operator ready to provide this service but Cork County Council refuses to place a bus stop in Ballinhassig and state subsidies are not available to private operators on licenced routes. I will be following up directly with Minister Eamonn Ryan and Cork County Council “ 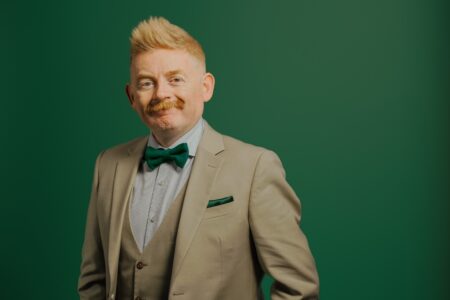