Cllr John Buttimer, Lord Mayor of Cork, has severely criticised the delay
by An Bord Pleanála in relation to the granting of planning permission for
the Owen O’Callaghan proposed event centre on Albert Quay.

Cllr Buttimer said, “It is unacceptable that developers and the City have
to wait months for a crucial decision to be made by An Bord Pleanála. This
unnecessary delay is preventing progress from being made in efforts to
advance the development of an event centre in the City.”

Cllr Buttimer further added; “There are currently two valid planning
applications in the city for an event centre; one in the former Howard
Holdings site and a second held by BAM/Heineken Ireland for the former
Beamish and Crawford site on South Main Street. The third is by
O’Callaghan Properties in Albert Quay.

Bam/Heineken Ireland and O’Callaghan Properties have both indicated that
for their proposals to proceed they would require some degree of public
financial support either from the State, Cork City Council or some other
public body.

Cllr Buttimer, said “The delivery of an event centre for Cork is crucial
for further development of a number of key sectors identified with the
economic development of the city;

* Tourism related development through major national and international
conferences which could be brought to the region;

* Economic development through the creation of construction jobs, full time
employment upon completion and a significant number of ancillary jobs which
would be supported in a range of service sectors including hotels, pubs and
retail.”

Cllr Buttimer said; “I am anxious that proposals would be brought before
Council as soon as possible so that Council can discuss the possibility of
investing public funds in any such enterprise. We would have to consider
the need for a public tender competition for investment in any centre as
well as looking at its impact on existing facilities, especially those,
like the Opera House, which are supported by the City Council.” 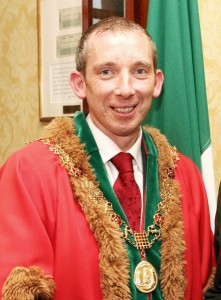