The HSE wishes to express its deepest sympathies to the Casey Butler family
on their tragic loss.

Here is a statement received from the agency today:

Following the tragic incident in Midleton, Co Cork on Saturday
last, the HSE South is liaising with the community in Midleton and will
provide appropriate support and counselling to those affected by the
incident if requested.

The HSE National Ambulance Service Control Centre was notified of the
emergency call at 6.40pm. Ambulance Control processed the 999 emergency
call and the nearest available emergency ambulance (which was leaving CUH
at the time) was allocated to the call. This ambulance and crew arrived at
the scene in Midleton at 6.59pm. *Total response time of 19 minutes.

As is standard practice with an incident of this nature, First Responder
text alerts were automatically sent by Ambulance Control and a local First
Responder (who was also an off duty HSE advanced paramedic) arrived at
scene at 6.47pm. *Total response time of 7 minutes*. First Responders are
volunteers who are trained in basic life support skills and who are
activated by the Ambulance Control Centre to respond to particular
emergency calls.

Emergency Ambulances in East Cork are strategically deployed i.e.
ambulances are no longer static and assigned to an ambulance station but
are rather deployed where they are most likely to be required. In addition,
county boundaries no longer apply i.e. the nearest Emergency Ambulance
responds, regardless of its base / origin / county. The modernisation of
ambulances services in East Cork has seen an enhancement to the service
in the area. The previous system saw a situation where four nights a week,
Paramedics were responding to calls after 8.00pm from their own homes as
they were working an ‘on call’ system. In 2012, this system successfully
changed to an ‘on duty’ system where paramedics are rostered on duty 24/7
and the ‘on call’ system has been eliminated.

In relation to patients requiring air transport, the HSE would like to
reassure the public that patients who currently require transfer to and
from CUH by air ambulance are taken to ****Cork** **Airport****. The
Ambulance Service works with the medical professionals in CUH in order to
maintain life sustaining care during the transfer. Patient care is at all
times paramount and depending on the nature of the patient’s condition; the
paramedics may also be accompanied by a medical team from the Emergency
Department in CUH. An agreement between Highfield Rugby Club is also in
place to land helicopters if necessary.

In relation to the provision of a helipad on the CUH campus, the provision
of a helipad facility at CUH has been included in the Development Control
Plan (DCP) for the hospital campus. The future potential development on
campus at CUH as identified in the DCP provides for a new acute block with
a recommendation that the helipad be located on the rooftop of this new
facility. 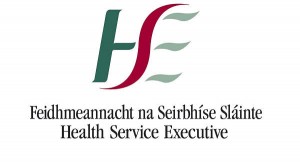