Graham Norton to get Honorary Doctorate from University College Cork

Broadcaster and comedian *Graham Norton* is one of three distinguished Cork
men who will be conferred with Honorary Doctorates in University College
Cork (UCC) on Friday 7 June. Other ‘Corkonians’ to be honoured include
Irish writer and BBC broadcaster, *Fergal Keane,* and local businessman *Dermot
O’Mahoney*. The fourth recipient is Irish/American US District Court
Judge *Donald W Molloy*.

*Graham Norton* is an Irish broadcaster, author and comedian, and is one of
the world’s most recognised entertainment personalities. Perhaps best known
for the acclaimed *The Graham Norton Show, *the six-time Bafta Award winner
grew up in Bandon, Cork, and then studied English and French at UCC. As
well as hosting one of the most listened to entertainment programmes in
Britain on BBC Radio 2, the UCC alumnus holds a long list of credits to his
name. He has hosted and presented on numerous TV series and chat shows
across multiple networks in Britain, as well as being familiar to American
audiences for ‘Would You Rather…? with Graham Norton’. He hosted this
year’s Bafta Awards as well as providing commentary for the BBC at the
Eurovision Song Contest, the fifth year he has done so. One of his
best-loved performances among Irish audiences is in the guise of Father
Noel Furlong in the cult classic TV show *Father Ted. *He also writes an
Agony Uncle column with *The Telegraph. *He returns to UCC to receive a
Degree of Doctor of Arts.

Founded in 1845, University College Cork is one of Ireland’s most
prestigious universities. There are c.20,000 full-time students attending
UCC, with c.14,000 of these following undergraduate programmes, while
c.4,000 are engaged in postgraduate study and research. UCC’s diverse
student-body includes 3,000 international students representing 100-plus
countries worldwide. 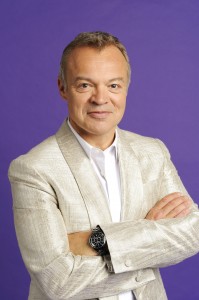