The headquarters of Heineken Ireland are in Cork at Lady’s Well Brewery,
and the company has today announced the appointment of a new Managing
Director.

Maggie Timoney succeeds David Forde who was appointed Managing Director at
HEINEKEN UK in May.

A fifteen year veteran of HEINEKEN Maggie Timoney previously served as
Chief People Officer at HEINEKEN USA (since 2010), during a period that saw
a significant turnaround in its business. In her prior role as General
Manager of HEINEKEN Canada (2006-2010), she drove substantial growth of the
HEINEKEN brand, resulting in Canada becoming one of the brand’s top ten
markets in the world.

Maggie previously fulfilled a range of leadership roles for HEINEKEN in the
Netherlands (2001-2006) and in the US where she commenced her career in
1998 as National Sales Planning Manager. Maggie joined HEINEKEN from Sound
Distributing, an Anheuser-Busch wholesaler, where she was Vice President of
Sales.

A former captain of the Irish Women’s National Basketball Team, Maggie is a
graduate of Iona College, New York, receiving both Bachelor of Arts and
Master of Business Administration degrees. While at Iona, she starred for
the women’s basketball team and holds the all-time leading scorer record.
In March 2013 she was inducted into the Naismith National Basketball Hall
of Fame, an honour reserved for the basketball greats in the USA.

A native of Ballina, County Mayo, she is married with two children.

It’s a wholly owned subsidiary of Heineken N.V. the most international
brewer in the world. Based in Cork since 1856, the brewery combines a long
and proud brewing tradition with the most up to date technology and
innovative marketing. It employs over 500 staff and had a turnover in 2012
€464m. 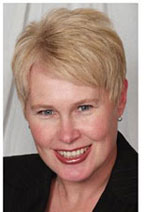