There was a full house at the Bluehaven Hotel for the Kinsale Business
Briefing which was attended by the County Mayor of Cork and the Lord Mayor
of Cork. The County Mayor, Cllr Noel O’ Connor thanked the people of
Kinsale and commended them on their local initiatives of all the various
voluntary organisations. This was followed on by the Lord Mayor Cllr.
Catherine Clancy who spoke about SME’s and the importance of SME’s to the
local economy and commended the local business people and employers in the
Kinsale area . The theme of the event was SMEs and Business confidence 2014.

The lunch was very well attended by local business people, clients and
contacts of Fitzgerald & Partners CPA Accountants. Managing Partner Cormac
Fitzgerald FCPA as MC and it was followed on by leading Economist Jim Power
who spoke about business confidence and the recent IBEC reports and the
economic outlook for 2014. The event raised funding for Cork Simon
Community and is going to be an annual event in the Kinsale calendar.
Fitzgerald and Partners work with SMEs in the area of accountancy and
business advisory . 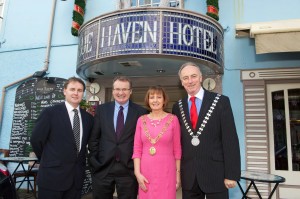 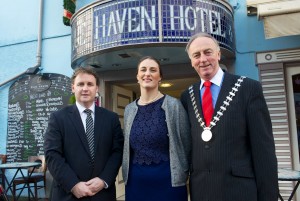