One of Stephen’s first duties as brand ambassador was to pose for
photographs with the young fans, who had gathered to meet on his
arrival to the dealership.

Speaking about his recent appointment Stephen said he was excited to
be working with Cogans, who is one of the longest appointed Toyota
dealers in Ireland 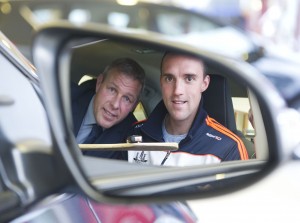