800 parents, students and supporters of the North Mon Primary School marched in Cork City Centre this afternoon to stop their school being amalgamated with another. 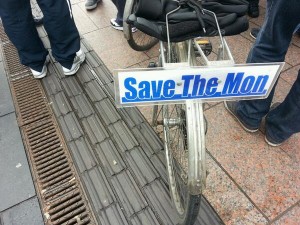 The aim was to send a message to the Dublin based Edmund Rice Schools Trust that the North Mon primary school should remain where it is.

The trust wants to amalgamate the Mon with nearby St Vincents Convent School.

Mon Parents say tradition would be lost and have been campaigning since mid-term on the issue and have collected 6 ,000 signatures on a petition, today more signatures were collected from passers by, people waiting at bus stops and so on at the march snaked its way through the City.

Cork City Councillors last Monday unanimously voted to support their campaign, The full name of the Mon primary school is “Scoil Mhuire Phatima”. Principal Carl O’Brien said the Schools Trust known as ERST need to listen to the wishes of the parents and students