What is the Cork Airport Development Council? 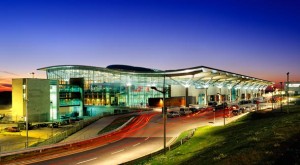 Our Opinions
We at TheCork.ie have mixed views about the Cork Airport Development Council which holds it’s meetings in Private.
We are used to “Councils” being public. Perhaps they should have called it a “Commission” instead? It appears we will only hear what it does from press releases issued after meetings, and how often will it meet? are its members paid? so many questions.

Nevertheless it does fulfil an important role. The Council is with “the development of Cork airport to the next level through the engagement of key stakeholders across the region”.

Reaction from Business Community
Speaking after the Council’s inaugural meeting Conor Healy, Chief Executive of Cork Chamber welcomed the new venture saying “Cork Chamber is delighted with the establishment of this very important group.  As the principle international Gateway to the South of Ireland, Cork Airport is a critical resource for the region.  Development over the forthcoming decade will have a major impact on the region’s tourism potential as well as establishing the Airport as a hub of international connectivity for business that will help the economic growth of the entire region.”

Concluding Mr. Healy said, “On behalf of Cork Chamber I look forward to contributing to the role that the Cork Airport Development Council will play in future direction of the Airport.”