The programme has been unveiled for this years Cork Choral Festival,
which is celebrating it’s 60th anniversary

Established in 1954 the festival is just over a month away, and will
take place from a Wednesday to a Sunday; April 30th to Sunday May 4th.

It will open with a gala concert in City Hall where Cara O’Sullivan,
Owen Gilhooly and Peter Kerr will feature as soloists.

Across all events…. organisers expect 5,000 participants – up some
500 on last year.

Speaking to TheCork.ie at last nights programme launch in City Hall
Festival Director John Fitzpatrick said the event is hugely respected
internationally and that events will be of interest to all, not just
singers and musicians 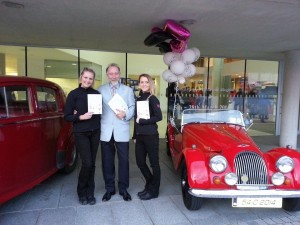