Today marks the 102nd anniversary of the Titanic arriving into Cork Harbour, and anchoring off Roches Point.

To mark the occasion a new Memorial Garden has been officially opened in Cobh.

It’s at Cove Fort, in the East of the Town, next to the the Port of Cork Harbour Control Building.

The focal point is a Glass Memorial Wall engraved with the names of the 123 passengers who boarded Titanic from Cobh, which was then known as Queenstown.

Mayor of the Cobh Cllr John Mulvihill says the new garden adds to the list of attractions in the town.

In addition to the glass wall, the new garden also contains a memorial stone to the Chairman of the White Star Line
Bruce Ismay. Mr Ismay survived the Titanic in controversial circumstances by getting into a Lifeboat, he later retired to
Connemara.

The memorial stone was brought from his former house in the West of Ireland to Cobh to become part of the Garden. Chair of Cobh Tourism Hendrick Verway explained the story to TheCork.ie 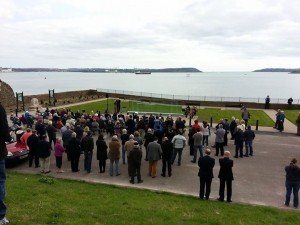 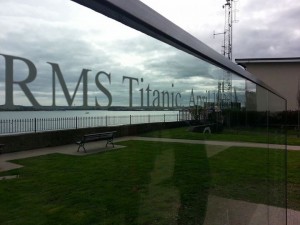