A Former Lord Mayor is encouraging people to view, and make submissions on, the new Development Plan for Cork City. 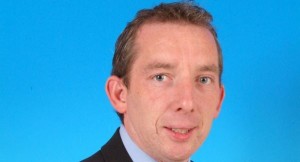 Fine Gael Cllr John Buttimer (pictured above) says recent controversial issues like the cycle lanes on Washington Street, Popes Quay, Parnell Place were in previous plans which received little, if any submissions. So, for the new “Draft Cork City Development Plan 2015 – 2021” the Fine Gael Cllr is encouraging people to take the time to read the documents, so that the mistakes of the past are not repeated (our words)

Submissions can be made over the next two months Cllr Buttimer from Bishopstown says they needn’t be objections, because observations are also accepted

[Audio] Let us not repeat the mistakes of the past – Former Lord Mayor added by TheCork.ie on 11th April, 2014
View all posts by TheCork.ie →