Hard Metal Machine Tools, one of Ireland’s leading manufacturing
suppliers, has said that positive new economic data released this week
reflects the strong recovery it is witnessing among Ireland’s
engineering manufacturers in Cork.

The company’s Managing Director, Philip Hannigan, said that the
ability of indigenous Irish companies to innovate and improve their
competitiveness in many manufacturing industries is helping
Irish-based multinationals boost their exports as the economy
recovers.

New figures show that Ireland’s manufacturing sector expanded at the
fastest rate for more than 15 years in February. The seasonally
adjusted Investec Manufacturing Purchasing Managers’ Index, or PMI,
rose to 57.5 last month from 55.1 in January. This marked fastest rate
of expansion since December 1999. A reading above 50 signals expansion
in manufacturing activity.

Both output and new orders rose at faster rates than at the start of
the year. The rate of job creation was joint-fastest in the history of
the survey, equalled only by the first month of data collection in May
1998, as Irish manufacturers increase staffing levels in an attempt to
increase capacity and meet demand for new orders.

Mr Hannigan, who was interviewed on the RTE One O’Clock News on Monday
about the positive new economic data, said that the PMI results
reflect the positive mood among both multinational and indigenous
manufacturers that Hard Metal works with in Cork and the south-west.

“This report is further evidence of what we have been witnessing on
the ground in engineering manufacturing for a couple of years now,
that many industries have come back and are doing really well,
particularly medical devices and aerospace,” Mr Hannigan said on
Tuesday.

“This is the 21st successive month that the Investec PMI has recorded
manufacturing growth and it shows that the steps taken by the Irish
manufacturers to improve their competitiveness during the recession
are paying off. Many small and large subcontractors have invested in
new machinery and equipment and this feeds into the supply chain and
helps drives the success of the multinationals.”

Hard Metal, which has its main distribution depot in Co Clare, is the
leading supplier of precision cutting tools and machining solutions to
Ireland’s engineering manufacturers, with the company’s products used
across many industries such as medical devices, aerospace, oil & gas,
drilling, hydraulics, renewables, and general engineering.

The company’s customers in the Cork area include big employers such as
medical devices firms DePuy, Stryker Ireland, Tornier and Symmetry,
aerospace industry producers PAS Technologies and SR Technics, as well
as many large and small subcontractors to these multinational giants.

Mr Hannigan said that innovation was creating opportunities for
engineering manufacturers of all sizes and that Hard Metal is working
with many companies in the south-west to ensure they receive the best
cutting tools and abrasives and expert technical advice to help reduce
their costs and boost their productivity.

“Ireland has had to innovate. We’re a small country the west of Europe
and one of the things we do have is this gene or cop-on for
innovation. The level of manufacturing and of knowledge is incredible
in Ireland and that’s why we are recovering so well from the
recession,” he said.

“Multinational manufacturers aren’t in Ireland just for tax reasons,
it is also because we have the companies who can supply them with the
components they need at the right price.

“We recognise this at Hard Metal because we supply precision cutting
and abrasive tools to many multinationals and their subcontractors in
a huge range of manufacturing industries and we use our technical
expertise to help them find solutions to improve their productivity.” 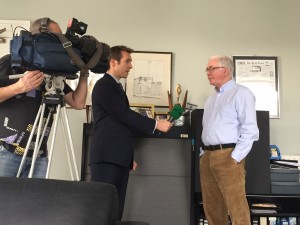