Nurse named as Cork Person is the Month 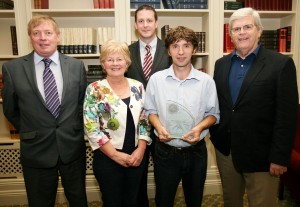 Pat McMahon from Meelin, Newmarket, has been chosen July Cork Person of the Month for establishing a free children’s hospital and malnutrition treatment centre for the poor in Varanasi, India. Pat has a funding crisis at present to keep the service going and is looking for volunteers to help him Picture: Tony O’Connell Photography.

Visionary County Cork Nurse, Pat McMahon from Meelin, Newmarket, has been named July Cork Person of the Month to mark his inspirational life and work in India over the past eleven years, especially in his fight against malnutrition.

Pat McMahon is a very caring and spiritual person and spent two years as a Buddhist monk in Thailand before he followed a new vocation in India. When he visited Varanasi in India, he discovered poor children could not get any medical or hospital treatments. Pat started by working on the streets of that city, taking children to hospital and paying for them himself, until his money ran out. Then a chance lucky meeting in 2004 with Dr. Singh who agreed to help by giving space in a new hospital he was building, so that Pat could establish his free service for the poor.

As well as the free hospital service, Pat also established the first Malnutrition Centre in the area and added a Mobile Medical Unit, Health Promotion, T.B., and Schools Programme. He funds the projects by voluntary subscriptions and works free of charge himself. Over the past nine months they have treated some 600 children for severe malnutrition and also have a nutrition service for undernourished pregnant women.

“I have a severe funding crisis at the moment as the project needs one thousand euros a week, and we have only six weeks funding left. We currently have over one hundred children on the nutrition programme and forty nine undernourished pregnant women in our care. I really need a huge amount of help for my malnutrition programmes over the coming weeks and months” said Pat McMahon, who is home in Ireland at present.

“3.1 million children die every year because of malnutrition and 165 million children under five years of age have stunted growth as a result of poor nutrition. I am honoured to accept this award in the hope that it will again alert people to this horrific and unacceptable reality” added Pat.

Pat McMahon is home looking for volunteers to organise fundraisers or contributions of any kind. The situation is now critical and small contributions can mean a life or death outcome for many children in India.

Awards Organiser Manus O’Callaghan said “I would urge people to view the amazing life and work of Pat McMahon on his website www.varanasichildrenshospital.org and I really hope this award will help promote and attract funds for his life-saving work for children. You can contact Pat through his website or through his local volunteer Marian O’Sullivan, Douglas, Cork at marosull@gmail.com. As Gandhi said “Be the difference you want to see in the world”. Helping Pat helps you to do just that”.