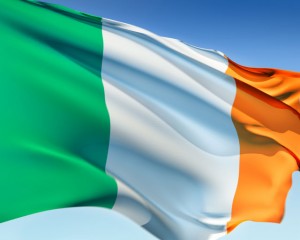 Cork apprentices, Dean McSweeney and John Murray have each won a medallion of excellence representing Ireland in Metal Fabrication and Plastering and Dry Wall at the 43rd WorldSkills. The Medallions of Excellence were awarded for the following skills: Beauty Therapy; Electrical Installation; Joinery; Cabinet Making: Automobile Technology; Plumbing; Plastering and Dry Wall; and Construction Metal Work. The team’s individual scores all contributed to the collective 11th place of Ireland.

In total two Gold Medals, eight Medallions of Excellence and an 11th place ranking have been achieved by the team of 14 young apprentices, trainees and students who represented Ireland at the 43rd WorldSkills Competition in Brazil. The results were officially announced last night at the end of 4 days of competition in São Paulo.

The Irish young people, all under 25 years, proved expertise in their chosen field before they left Ireland by competing against their peers to secure their places on the Irish team. They spent the last four days showcasing their skills and talents against competitors from 60 countries.

The Competitors, who come from Meath, Wexford, Dublin, Cork, Cavan, Galway, Monaghan, Cork, Leitrim, Mayo and Latvia, were in fulltime training for the 8 weeks leading up to the competition under the direction of their coaches. The Team has been trained in the Institutes of Technology – CIT, DIT, DKIT, WIT, and Education and Training Boards – Kerry ETB, Clare Limerick ETB, Waterford Wexford ETB ,Dún Laoghaire Further Education Institute and Shannon College of Hotel Management.

SOLAS CEO, Paul O’Toole said: “I am delighted for the Irish team of apprentices, trainees and students. Representing your country internationally is a huge achievement in its own right. To bring back two Gold Medals, eight Medallions of Excellence and to rank so highly is really significant. The team should be very proud of themselves.”

The WorldSkills Competition, which is held every two years, is the world’s largest professional education event. Approximately 1,200 competitors from 70 countries and regions competed in almost 50 different skills and disciplines in Brazil. All competitors demonstrated technical abilities both individually and collectively to execute specific tasks which they study and/or perform in their workplace. Over 800 volunteers assist the estimated 200,000 visitors and school groups that visited the event over the last four days.