How much is the state pension? Only 20% of young adults in Cork know 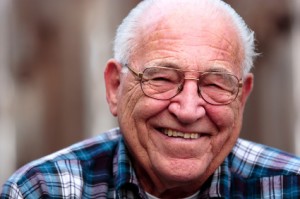 A national survey, commissioned by the Irish Association of Pension Funds (IAPF) and conducted by IReach, sought to examine retirement planning in Ireland and whether people are being realistic as to their expectations for retirement age. It concluded that people simply avoid thinking about retirement for much of their working lives.

The IAPF survey found that almost 80% of adults in Ireland between the ages of 18-34 don’t know the level of the State Pension. There are approximately 129,700 people in this age category in Cork which means that an estimated 103,800 don’t know what the State pension is.

The IAPF say that the results show a clear dearth of knowledge amongst not just the younger demographic, but amongst the Irish public in general when it comes to understanding how much the State pays out to people once they hit retirement age – with just 4 in 10 Irish adults (18+) selecting the correct amount of €230.

According to Jerry Moriarty, CEO of the Irish Association of Pension Funds, “Burying our heads in the sand and simply committing to work forever can’t replace sensible retirement planning. While it’s relatively late in the day, those over 55 facing retirement appear to have greater awareness, with over 60% knowing how much they’ll receive from the State when they retire, but unfortunately pension statistics show that many will have left it too late to have a meaningful impact on quality of their life in retirement.

Pension participation is notoriously poor in Ireland with just 50% of workers saving for retirement. For this reason we thought it pertinent to determine at what age the Irish public, both those with pensions and those without, believe they will be able to stop working and enjoy their retirement. Answers were very mixed with key differences between the sexes – 41% of women see themselves still working at 70 or as long as they can, while only 34% of men intend to be in the same predicament. Overall, 29% say they will retirement before age 64. 27% say they will have to keep working as long as they are able, while a further 11% say they can see themselves working past aged 70”.

The IAPF survey reveals that age is an influencing factor with 4 in 10 people in the younger age bracket 18-34 saying they will have to work as long as they can.

Jerry continued, “It’s not surprising that the general consensus varied depending on age – as we move through life’s various stages, our priorities change and so too do our expectations for income”.