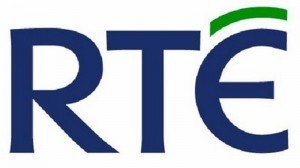 There was great excitement – not to mention a lot of young Cork neighbours – in RTE Donnybrook Studios on Saturday last (7 November 2015) when Midleton Co. Cork neighbours Edel Ring (22yrs) and Ricky O’Riordan (26 yrs), pictured above, met to play on the Winning Streak TV Gameshow with Hosts Marty Whelan and Sinead Kennedy.

In a huge geographical co-incidence, both Edel and Ricky had their 3-Star tickets drawn last week to appear on Saturday’s TV Gameshow. Edel won €23,000, while Ricky narrowly beat her, winning €25,000. Between them, they brought €48,000 in winnings back to Midleton this weekend.

Biggest winner of the night on the Gameshow was May Perry from Shankill who went home with a total of €75,000. A total of €189,000 was won by all five players in Saturday’s Winning Streak TV Gameshow. John Jordan from Longford won a further €5,000 in the Car or Cash section of the show.

‘We live reasonably close to each other in Midleton, and would know each other to see. It’s just really funny that we have both ended up sitting beside each other on the same day on the TV Gameshow’, said a delighted Ricky after the show.

Ricky will celebrate his 27th birthday on 28 December next, works for Cascade Designs in Midleton, and has lived in Midleton all his life. His parents are Mandy, 42 and Sean, 45. He has two brothers, 20 year old Eoin, Christopher, 19 and a sister Sarah, 25. He also has one nephew, Sam, who is four.