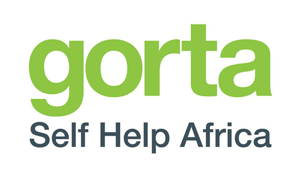 A leading Irish charity has been left counting the cost of flooding caused by Storm Desmond at the weekend.

Gorta-Self Help Africa’s retail outlet in Bandon was engulfed by flood waters which rose to several feet inside its Bridge Street outlet, as the storm raged on Saturday night.

Thousands of euro worth of goods, including gift items, clothing, bric-a-brac and other items were lost in the flood, while the premises has been closed for business since the storm.

“We have had to throw out thousands of euro worth of stock,” said Cork-based retail manager Maggie Dwyer. “It has happened at a terrible time for us, as Christmas is traditionally a busy time across our shops network,” she added.

Gorta-Self Help Africa has appealed to the local public to help them to restock in the lead up to Christmas, and said that they will accept all good quality unwanted items, electrical goods excluded, at their outlet.

“Lots of people take the opportunity before their relatives return home for Christmas to do a bit of a clear out, so if you are planning to create some space in the spare room, or perhaps clear out the living room in the lead up to the holidays, we’d love you to keep us in mind,” she said.

The Gorta-Self Help Africa shop in Bandon moved to its current Bridge Street outlet following a spate of flooding at its previous premises in the town. The current shop hopes to reopen for business on Monday, 14th December next.

The organisation has a dozen retail outlets raising funds on its behalf across the country, including premises in Cork city, Macroom, Mallow, Skibbereen and Bandon.