Dara Murphy, Minister for European Affairs, has welcomed todays CSO report on Overseas Travel figures, for the period covering July -September 2015, indicating a strong growth in visitors to Ireland from mainland Europe and North America (both continents are up 14 per cent). The CSO survey also recorded that total overseas trips to Ireland for the period January to September 2015, increased by 12 per cent on the corresponding months for last year (2014). 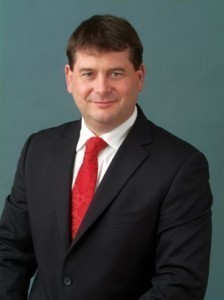 Commenting on the CSO findings, Dara Murphy, Europe Minister said: “Ireland is clearly regaining its cost competitiveness and is subsequently growing in international popularity amongst overseas visitors from the US, UK and mainland Europe. Tourism Ireland is predicting that over 8million Tourists will visit Ireland in 2016, beating this years (2015) record growth, already 10% of all US travel to Europe is coming to Ireland. What is particularly encouraging to see is a dramatic increase in visitors amongst our traditional European neighbours, including; Italy, (up 26 per cent), Spain (up 18 per cent), Germany (up 12 per cent) and France (10 per cent increase), while British trips to Ireland grew by 11 per cent from January to September.

New Tourism Ireland initiatives, that focus on short stay, activity breaks, such as The Wild Atlantic Way and Irelands Ancient East, (Cork to Carlingford) have helped to boost tourism on Leeside, with hotel occupancy rates rising above 70 per cent this year. The Government through Tourism Ireland will continue to invest in developing new modern tourism initiatives such as, Cork’s iconic Lifetime Lab, Steam Centre Visitor Experience, which this week received €60,000 Failte Ireland funding under the Ireland ‘Ancient East’ initiative. This investment is intended to develop a state of the art, multi-sensory 360 visitor experience, utilising narrative holograms to tell the industrial history of the iconic building on the river Lee.”

“These modern multimedia tourism and heritage projects, continue to accelerate the popularity of Corks iconic tourist attractions, including Blarney and Cork City Gaol, which are increasing visitor numbers at the fastest level in a decade, and the extra tourism spending is generating more local jobs for young workers in craft shops, cafes, shops and restaurants, city tours guides and tourist coach firms on Leeside. Retailers in Cork are confident that this year will be a trading record, despite the weather, with Cork Glow Christmas Festival extending by an additional day, to cater for the demand from visitors from Cork to Waterford, Kerry and Tipperary.”

“Cork airport, is set for a intensive Christmas travel period, whilst already reporting 10 per cent growth in passenger volume to 2016, and is gearing up to welcome over 100,000 passengers in 700 flights this Christmas. Cork airport management have been working hard at expanding the route network throughout the year (2015), with its latest announcement that Stobart Air – Aer Lingus Regional’s will add two new UK destinations in 2016, to Southhampton and Leeds Bradford. Cork airport travellers will see 12 new and expanded routes in 2016, from Dusseldorf to Barcelona, and including CityJets new services to France, as well as expanding its daily London City (docklands/financial district) services to four daily flights on week days, while Iberia Express commence Cork to Madrid flights and Norwegian Air launch their new Cork transatlantic service to Boston.”