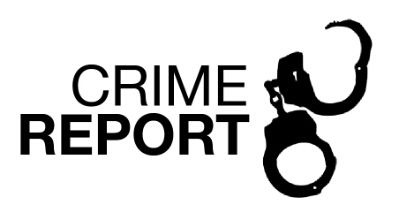 Following the publication this week of the Central Statistics Office (CSO) third Quarterly Household Survey, householders are being urged to remain on their guard in the run up to the Christmas period. The advice comes from PhoneWatch, Ireland’s leading provider of monitored home safety systems.

Commenting on the number of burglaries, PhoneWatch Managing Director Eoin Dunne said, “The annual statistics serve as an important reminder to us all about the importance of protecting our homes.  The steady continuance in burglary and related offences is truly alarming and indicates that the level of burglary has not decreased as the economy improves.  We are urging all householders to remain vigilant, especially in the run up to Christmas, which is peak season for opportunist burglars.”

“We’re in the peak of the burglary season.  We’ve been monitoring Irish homes for nearly 25 years and over that time we’ve seen attempted break-ins peak between October and January on an annual basis. The longer darker evenings protect opportunist burglars with the cover of darkness, enabling them to sneak around properties virtually undetected”, he added.

In the last 3 months there has been a significant increase in demand for PhoneWatch’s monitored security system.

PhoneWatch recently launched a joint initiative with the Irish Crimestoppers Trust aimed at combatting burglaries nationwide.  Speaking about the initiative Mr Dunne said, “While crime prevention initiatives are working, we are still, reminding all householders not to let their guard down, become complacent or fall into a false sense of security.”

PhoneWatch advises all householders that there are a number of measures that they can follow to keep their home safe and protect themselves against burglars:

•        Ensure that front and back doors are locked and windows shut. Intruders may decide to make an entrance even when you are in the house, attending to children, working, relaxing in front of the television etc.

•        Install a secondary locking system on front and back doors

•        Don’t update Social media or Facebook about your holiday plans

•        Keep shrubs/hedges trimmed. Overgrown greenery will give burglars a place to hide

•        Know your neighbours. Develop rapport and keep an eye on each other’s homes,

•        Before answering the door – check for unwelcome visitors.

•        Make sure your exterior alarm box is clean – this implies that your alarm has recently been serviced.

•        Ensure all home insurance and contents insurance are up to date

•        If you observe unusual activity in your area, report it to the Gardai

Crimestoppers, together with the Gardai and PhoneWatch launched a campaign to combat the problem of burglary. Irish Crimestoppers Trust (www.crimestoppers.ie) is a confidential means for every citizen to report crime, without fear of recrimination, by calling a freephone confidential number (1800 25 00 25)