Fine Gael TD for Cork East, Tom Barry, has said that a €2 million Government fodder scheme will provide vital relief for farmers in East Cork whose fodder has been destroyed in recent flooding. This scheme which has been announced by the Minister for Agriculture, Simon Coveney will apply to the loss of silage, hay, straw and concentrates where there is evidence of damage caused by flooding and where the losses are not covered by insurance. 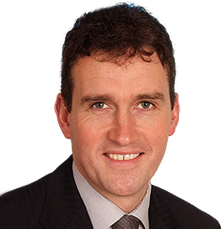 “I encourage farmers in Cork who have been affected by the floods to avail of this scheme. This scheme will target farmers impacted by flooding who will be offered support based on the replacement costs of fodder damaged on their holding.

“In order to assess applications, on-farm visits will be undertaken by Department of Agriculture personnel to confirm the quantities of fodder lost due to the flooding. The closing date for applications will be Friday 22nd January with the objective of ensuring swift payments.

“I would also like to acknowledge the fantastic support that local farmers have provided to their neighbours and the wider community who have been affected by the floods. They have played a pivotal role in helping their local communities in terms of providing transport and access to flooded properties.”