Speaking today, Sinn Féin Education Spokesperson Deputy Jonathan O’Brien (Cork North Central) called on the Minister for Education to move quickly to address the issue of school admissions in advance of the election. 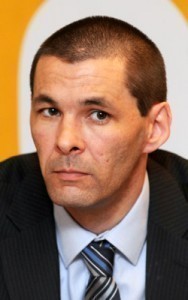 “Sinn Féin have met with a range of parents and just today with the organisation EQUATE who are working to ensure that schools are changed so that religious discrimination against children is ended.

“We need to see a fundamental change so that no child is excluded from their local school based on their religion and we in Sinn Fén are committed to working with parents and communities to ensure that school patronage reflects a modern pluralist society.

“We recently introduced legislation that would have repealed the law that allows for religious discrimination against children in schools, as well as ensuring that faith formation takes place outside of school hours and mandated schools to have diversity protocols in place.

“Divestment must continue and be sped up but we also need to see a plan for diversifying patronage beyond that.

“There is no reason why the Minister cannot address these issues as a matter of urgency in advance of the election and we are calling on her to do so, and end this practice of defending religious discrimination against children.”

Cork house prices up 8% in 2015 according to MyHome.ie report
Previous Post
Young Cork Musicians Head to the National Concert Hall